The Lithuanian Free Market Institute (LFMI) has developed a great tool called the Tax Calculator, and they want to share it with you!

This is a wonderful idea for a taxpayer group to bring awareness to people on how much tax they actually pay.

How it works: Creating the calculator, one indicates the individual net wage income, get the amount of income and social security contributions (and a breakdown of these), and then travel through the personal expenditures to see what taxes are paid every time money is spent on different categories of goods or services.

LFMI can help other groups to replicate the tax calculator. They provide the roadmap and the application package with uncompressed working files of illustrations, codes, website style guidelines at no additional cost. They also give the texts and translations.

Other adaptations: LFMI has adapted the tax calculator for Poland http://sprawdzpodatki.pl. Institute of Economic and Social Studies (INESS) in Slovakia has created an app based on the concept and design. The Economic Institute Molinari is now working on a French version, the Bendukidze Free Market Center is developing it for Ukraine, and they are guiding a group in Bosnia and Herzegovina, the Centre for Policy and Governance.

If you are interested in adapting this Tax Calculator to your country, please contact their Development & Programs Director, Aneta Vainė: aneta@freema.org. They are eager to help!

French workers pay the most in taxes in Europe!

The French are paying the most taxes out of all of Europe’s workers, an annual report shows, but are they getting value for money?

The French will be forgiven for celebrating the Friday feeling more than usual this week, given that they will be free from the clutches of the French tax man.

Well in theory at least.

An annual study by the liberal think tank the Molinari Institute has concluded that French workers are the most taxed in Europe – above even the Belgians who held have previously held the unfortunate title.

The study by the Brussels–based think tank works out the “tax liberation day” in each country or in other words the day after all their earnings go to them after the tax man has been paid off.

It calculates how much tax, social charges and VAT a person must pay to the state compared to what they earn on average. It then works out the equivalent of how many days a year it will take them to pay it.

And unfortunately for workers in France they have to wait the longest for their independence day, which this year is Friday July 29th – the exact same day as last year, where as the Belgians can celebrate two days earlier on Wednesday July 27th.

Based on figures from EY (formerly Ernst and Young) French workers hand over some 57.5 percent of their salaries to the state in various kinds of taxes compared to 56.9 percent in Belgium.

France’s rise to the top of the table has more to do with the impact of Belgian tax cuts (last year tax liberation day was August 6th), the Institute said, but it appears France’s own tax cuts have failed to take effect if the study is anything to go by.

Cécile Philippe, president of the Molinari Economic Institute and co-author said: “The fiscal and social pressure on the average French employee remains at record levels.

“This pressure, which cannot be explained by more attractive benefits, penalizes most of the world.”

As the map from Le Figaro newspaper (below) shows the workers in other countries like the UK have been pocketing their earnings for a long while.

The annual tax freedom day for Britons this year was back on May the 9th – long before the Brexit referendum and Euro 2016.

In Ireland it was April 30th, before the sun had even come out for spring. In Germany workers were still paying off the country’s tax mannshaft up until July 11th.

The study reckoned that although the French earn higher wages on average than their German counterparts, those across the Rhine actually have 17 percent less spending power.

In Sweden, where the tax man also has a gluttonous reputation workers stopping paying into his pockets on June 22nd – the same day Zlatan and co were knocked out of Euro2016.

The Institute also chose to look at whether the French were getting value for their money in terms of the social and welfare services all their taxes were being spent on.

But their conclusion was not positive noting that France’s public services are not the best performing.

“It seems that the high level of collective spending in France is not matched by better well-being that would justify the higher taxation,” the report said.

The institute pointed out that France was placed 9th in Europe in the UN’s latest Human Development Index, and 11th in the OECD’s Better Life index, which look at overall quality of life.

James Rogers, associate researcher at the Institut économique Molinari said: “The Belgian and French workers spend more than half of the amounts distributed by their employers and taxes. It is worthwhile to ask why they do not get back the best schools, the best health care or the most generous pensions. ”

The French president François Hollande has vowed to cut taxes before the 2017 presidential election.

The expected move is seen purely as a tactic to win votes with the president’s popularity ratings as low as they’ve ever been.

As the U.S. Presidential Election heats up, the U.S.-based group, Tax Foundation, has analyzed the leading presidential candidates’ tax plans. See the comparison in this diagram here: http://taxfoundation.org/…/fi…/docs/Comparison%20-%205-4.pdf

(Note: This was prior to Senator Bernie Sanders dropping out of the race.)

The French taxpayer group, Contribuables Associés, has come up with a fantastic way for their organization and their message to stay in the minds of their supporters, lawmakers and activists – a witty annual calendar. See here: CALENDRIER 2016 You can purchase one here. Even Troy Lanigan has it up in his office in Canada!

‘Pink Tax’ Accusations Are Like Bikinis: Short On Substance

Some readers aren’t going to like this, but the so-called pink tax reflects economics not gender bias.

Sorry, but sometimes the truth is hard.

The idea of a pink tax is that products aimed at women are priced higher than similar ones aimed at men. The reaction by some has been a series of screeds attacking corporate America as the home of a bunch of evil misogynists.

Their arguments are often like skimpy clothing: Short on substance.

While there may be women-haters in the halls of big business, the evidence regarding the pink tax just isn’t there. In fact, if anything, economics explains any price differences far more easily than bias.

Men and women buy things in different ways and that changes how retailers price things. The examples often used are with razors or deodorant, but I think clothing retailers provide another useful example.

It’s fair to say that few clothiers ever get rich catering solely to men. The big money to be made is in catering to women’s fashion, and in general women demand more choice. Most men on the other hand will buy the same product year after year after year. That’s true for me and many of my male friends. I learned a lot about these differences a few years ago when talking with Angela Ahrendts, who was then the CEO of luxury fashion house Burberry.

Successful retailers respond with more items for women to choose from.

The result of these gender differences in shopping habits is that the floor space devoted to apparel aimed at women far outstrips that aimed at men. Here are some key points:

You get the idea.

It’s not just women’s apparel. I’m always shocked that wide-fitting mens shoes cost a lot more than do those with a medium fit. The fact is that fewer wide shoes are sold, so to make enough money to carry them retailers need to charge more. In the end, I’d rather pay more for shoes that fit.

At the other end of the scale, take Henry Ford. He is famous for saying his cars were available in any color as long as it was black. That wasn’t aimed at restricting choice so much as in keeping costs down. More choices cost more, even if it’s just the paint color. So he went with one color and kept the price low.

That’s all it is — simple economics.

Troy and Eudes Hangout in Paris

Troy Lanigan and Eudes Baufreton, along with Benoite Taffin, had a great meeting in Paris recently! Good conversation, sound planning, and idea sharing all in the City of Lights – wish I could’ve been there 🙂 It was a real pleasure last week at the Atlas Liberty Forum in London to meet Maryan Zablotskyy in London from the Ukraine, who has established the group, the Ukrainian Economic Freedoms Foundation – http://www.en.ueff.org/.

They are already issuing reforms, monitoring government spending, and winning battles. Find in the document here, UEFF PROJECTS, for their goals and focus for the year. We are happy to have them join the WTA as our newest member!

Unlock Success with Donor Research…
Advocace…Randy Bronkema…
Many nonprofits find it challenging to convert names in their database into major donors. So, how do we find and cultivate larger donors from our existing donor database? The answer is prospect research. Yes, research is the key. There are things you can do in your current database.

· A Vision United – research proves that 78% of people give to a compelling vision. Vision unites an organization.

· Contact Major Donors – make contact with any donor who has given $1,000 or more to your organization in the past three years. Building relationships with these people will help you find donors that can support your organization at a greater level.

· Online Tools – sometimes we just don’t have enough time to see every possible donor. We need a tool to prioritize our cultivation efforts. A tool that scans databases could be a catalyst for moving your major gift program forward.

The Movie Poverty, Inc. is now on Netflix!

The mutli-award winning documentary about how international development and aid is affecting third-world nations, Poverty, Inc., is now available on Netflix (as well as other platforms too – see here)!

Check out the trailer: http://www.povertyinc.org/about/

“I see multiple colonial governors,” says Ghanaian software entrepreneur Herman Chinery-Hesse of the international development establishment in Africa. “We are held captive by the donor community.”

The West has positioned itself as the protagonist of development, giving rise to a vast multi-billion dollar poverty industry — the business of doing good has never been better.

Yet the results have been mixed, in some cases even catastrophic, and leaders in the developing world are growing increasingly vocal in calling for change.

Drawing from over 200 interviews filmed in 20 countries, Poverty, Inc. unearths an uncomfortable side of charity we can no longer ignore.

From TOMs Shoes to international adoptions, from solar panels to U.S. agricultural subsidies, the film challenges each of us to ask the tough question: Could I be part of the problem? 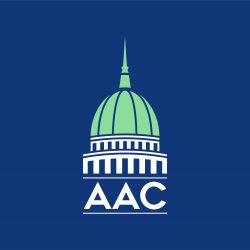 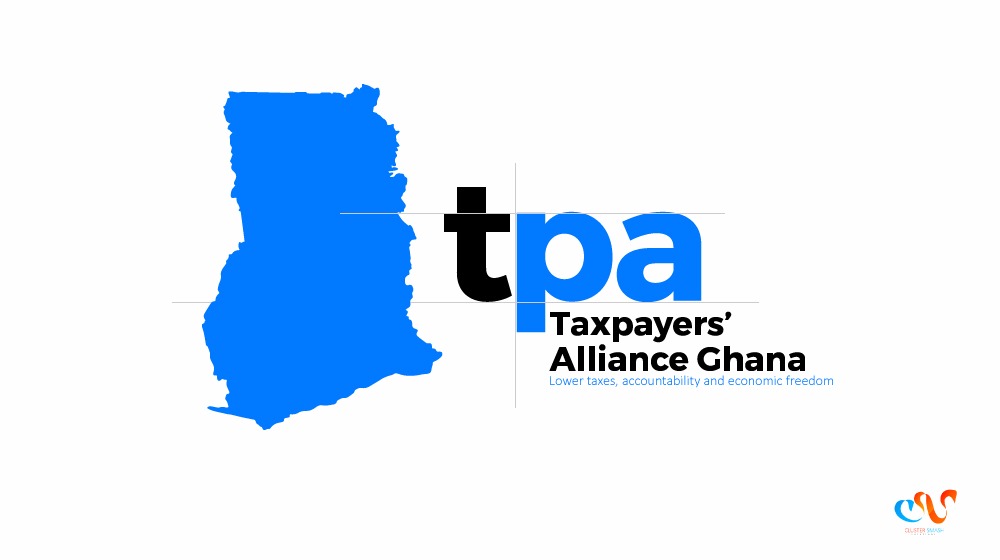