Past Events:
17th World Taxpayers Conference in Sydney, Australia May 23-27, 2019
Many thanks to the Australian Taxpayers’ Alliance and Tax and Super Australia, especially to Tim Andrews, for hosting and organizing the 17th World Taxpayers’ Conference & 7th Friedman Conference in Sydney in May 2019.  More than 460 people from over 30 countries attended the conference (including four delegates from South-America) thanks in part to scholarships offered by the National Taxpayers Union, Americans for Tax Reform and Atlas Network.

All this wouldn’t have been possible without the hard work of Melanie Harvie, Troy Lanigan, former chair of WTA, and Cristina Berechet of the World Taxpayers Associations. Thank you to all who took the time and resources to attend and participate. 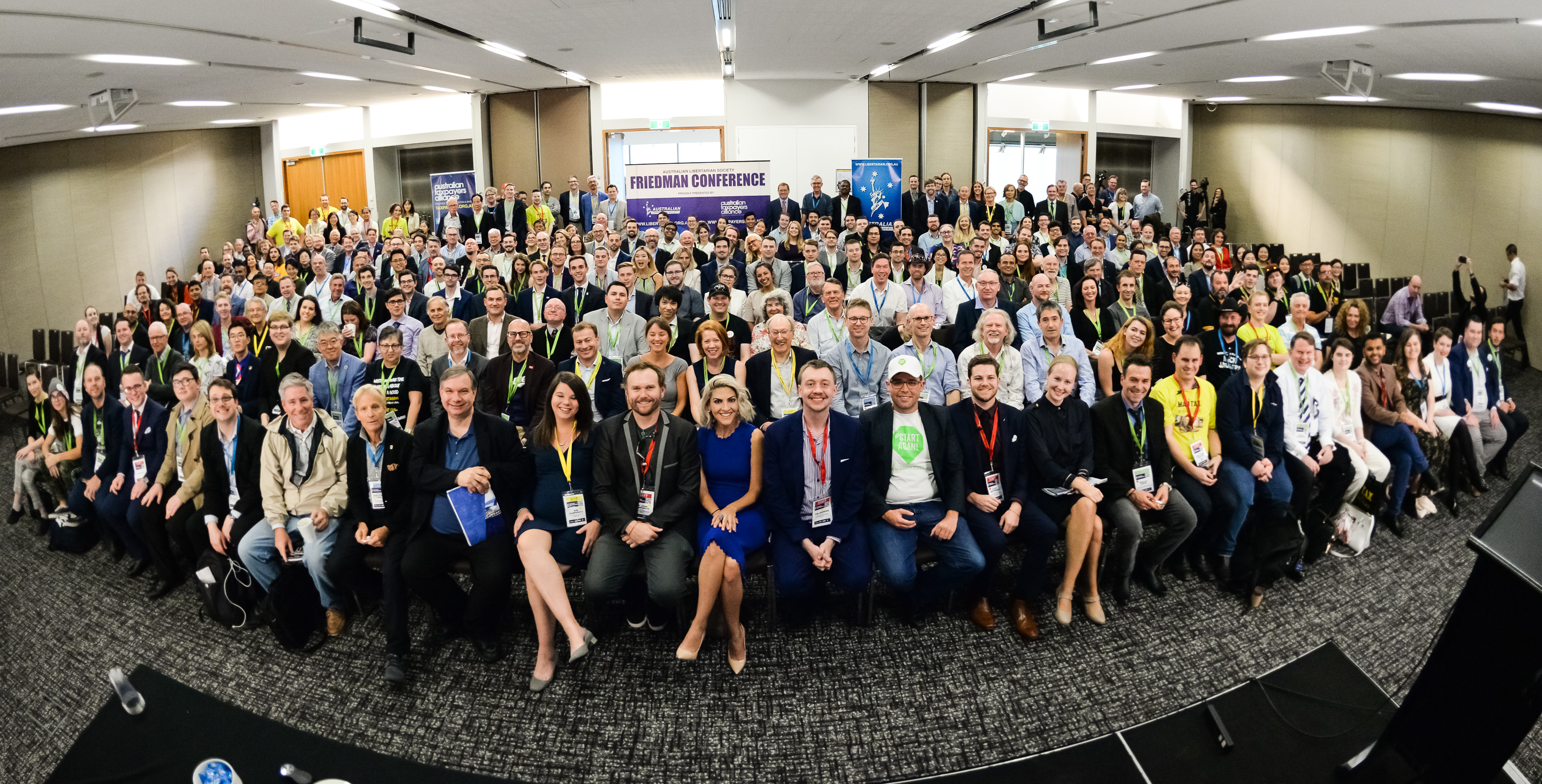 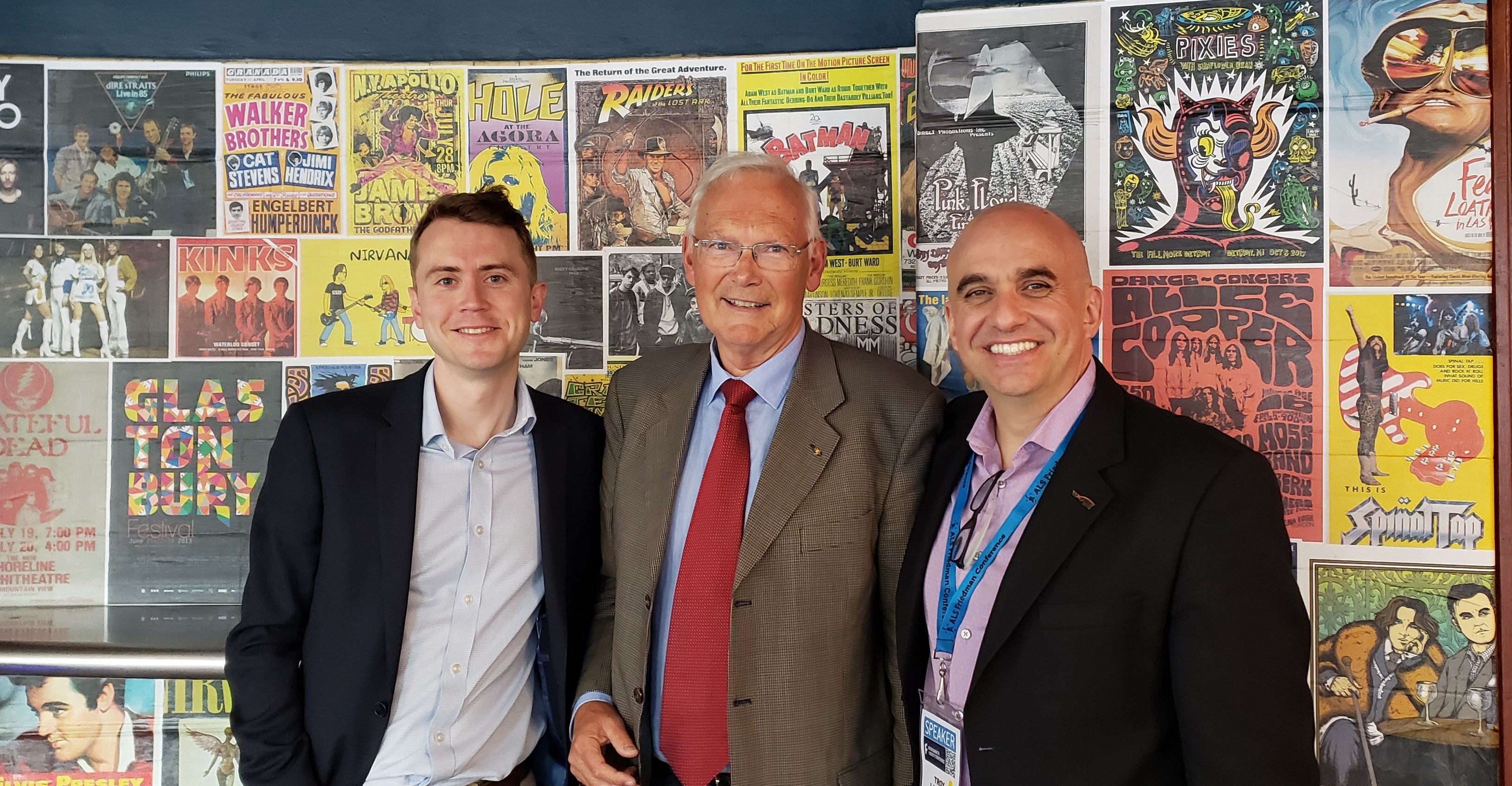 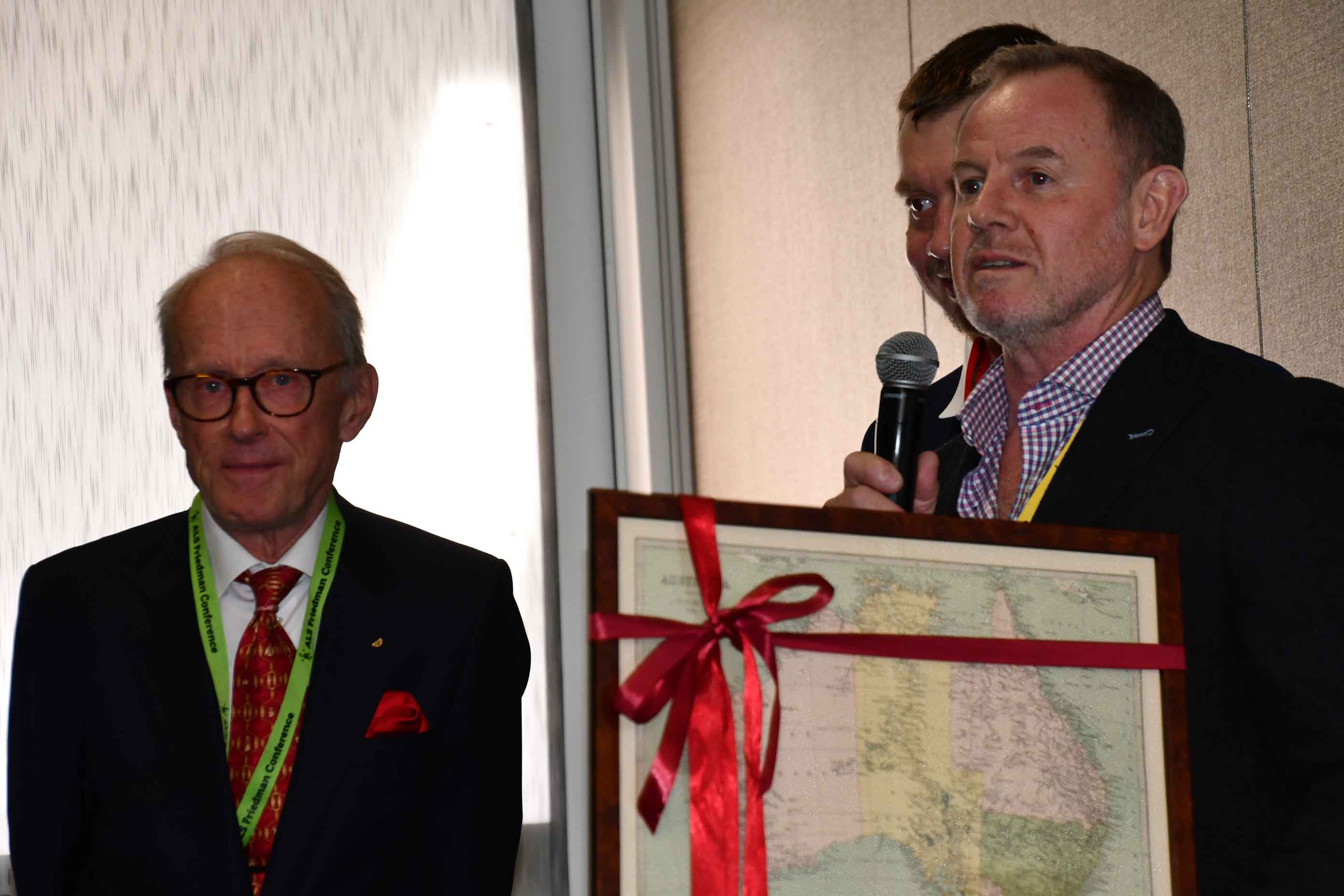 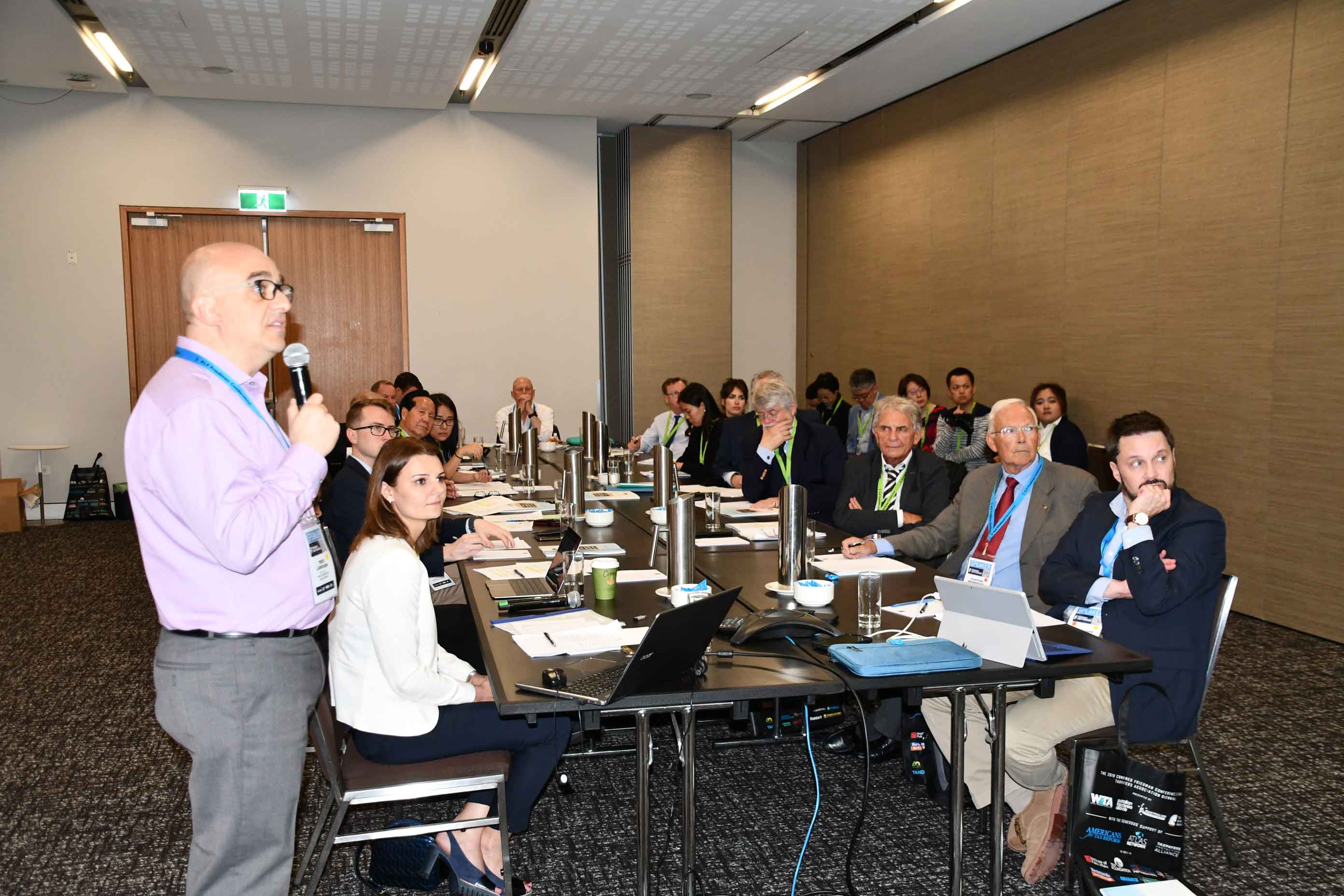 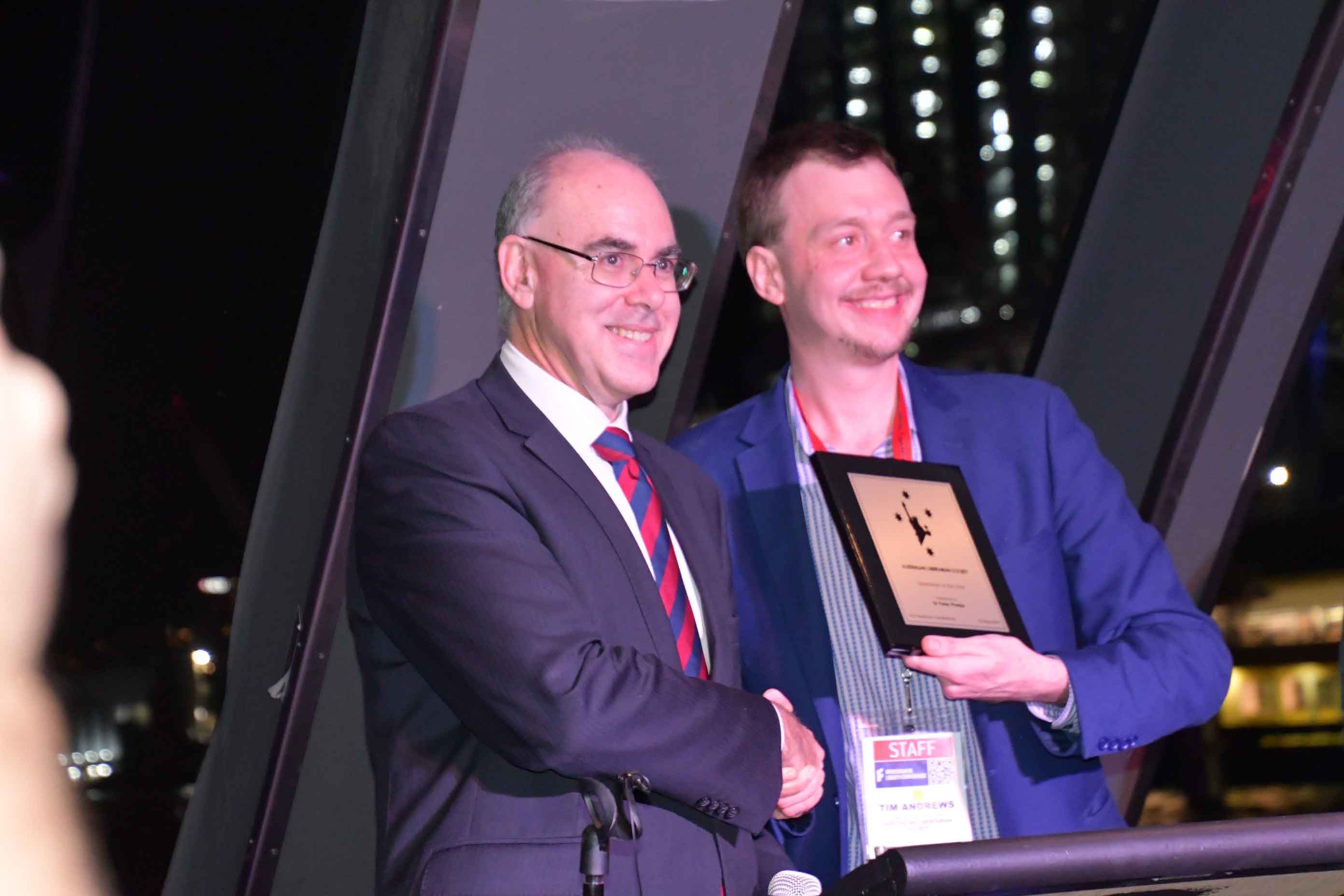 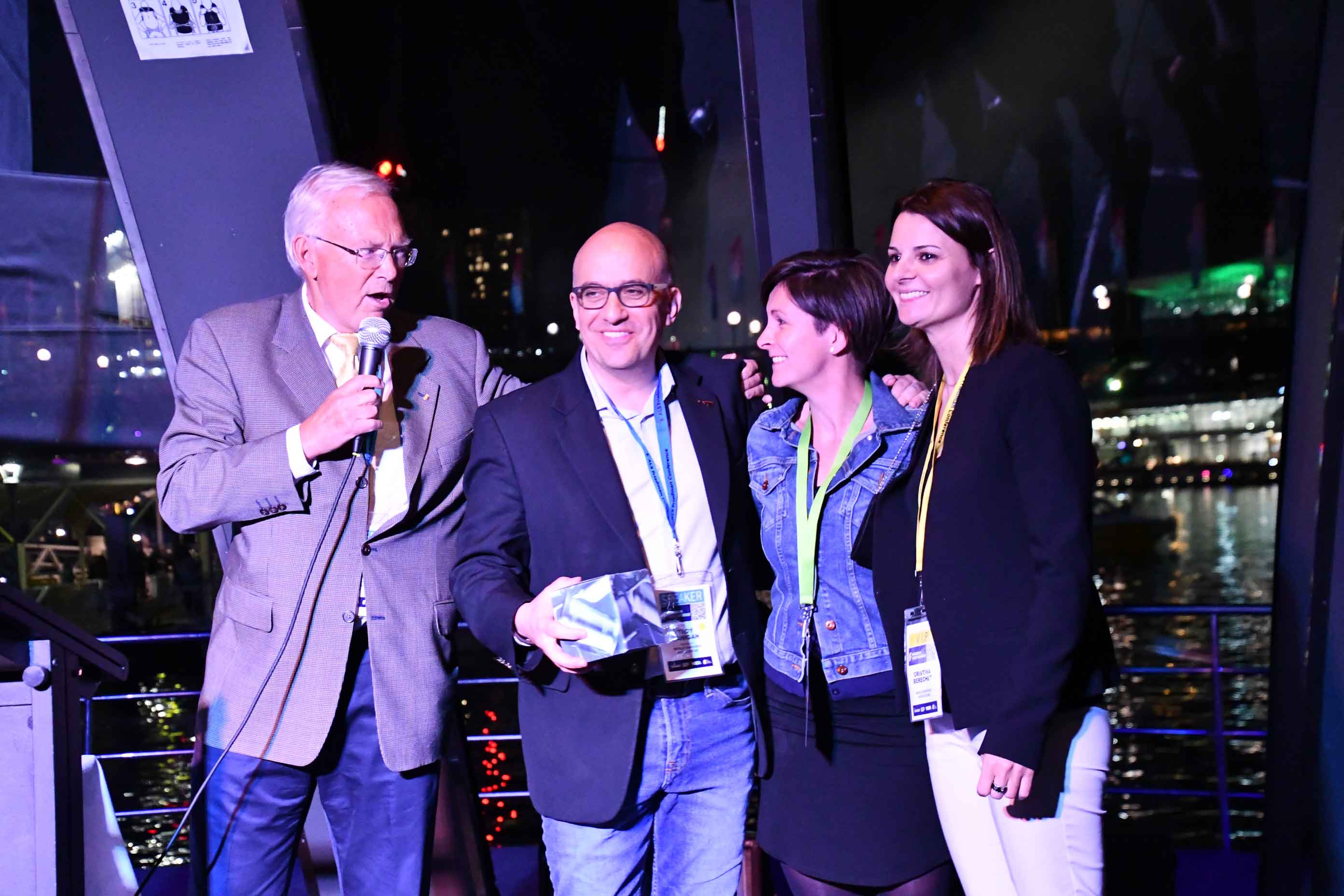 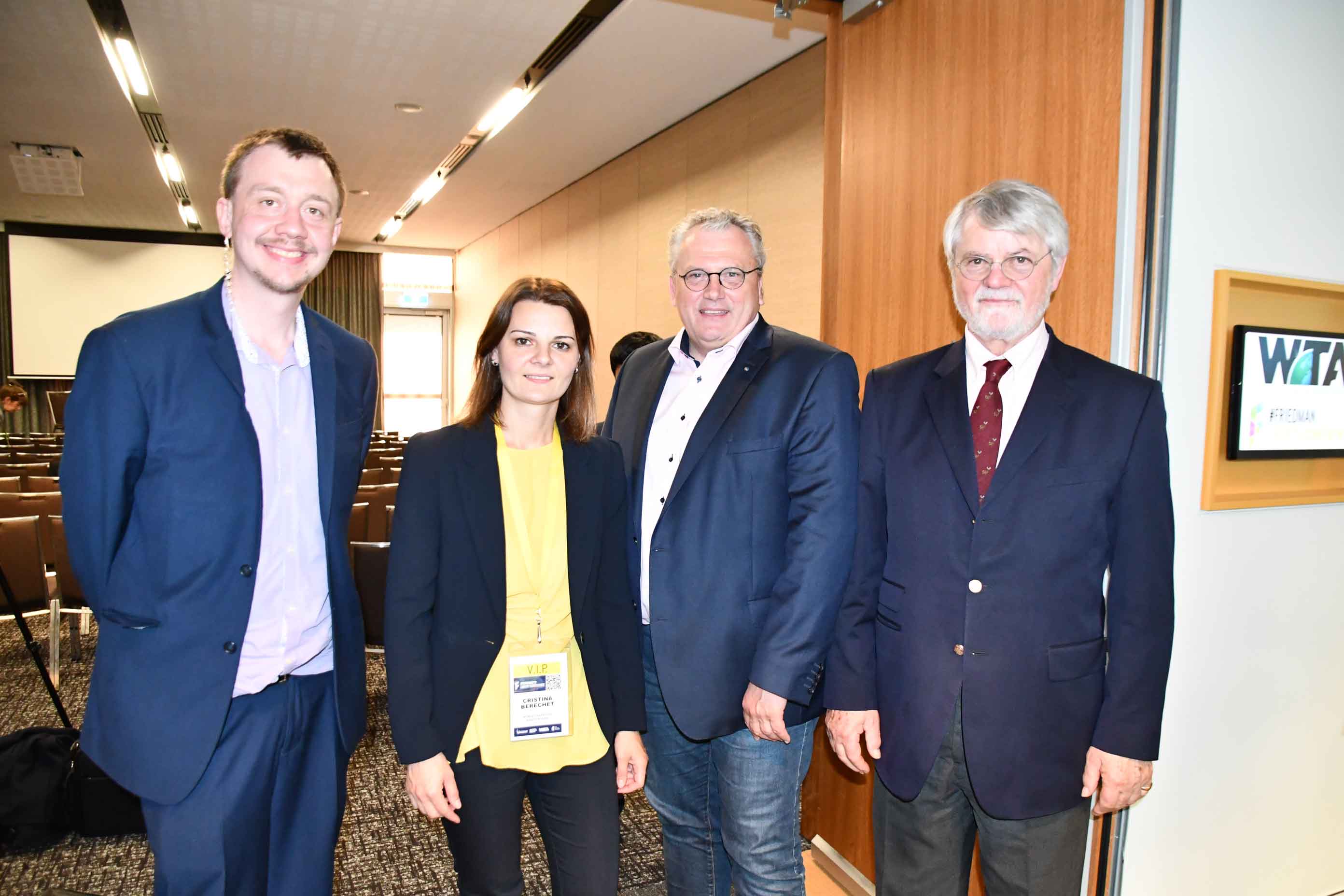 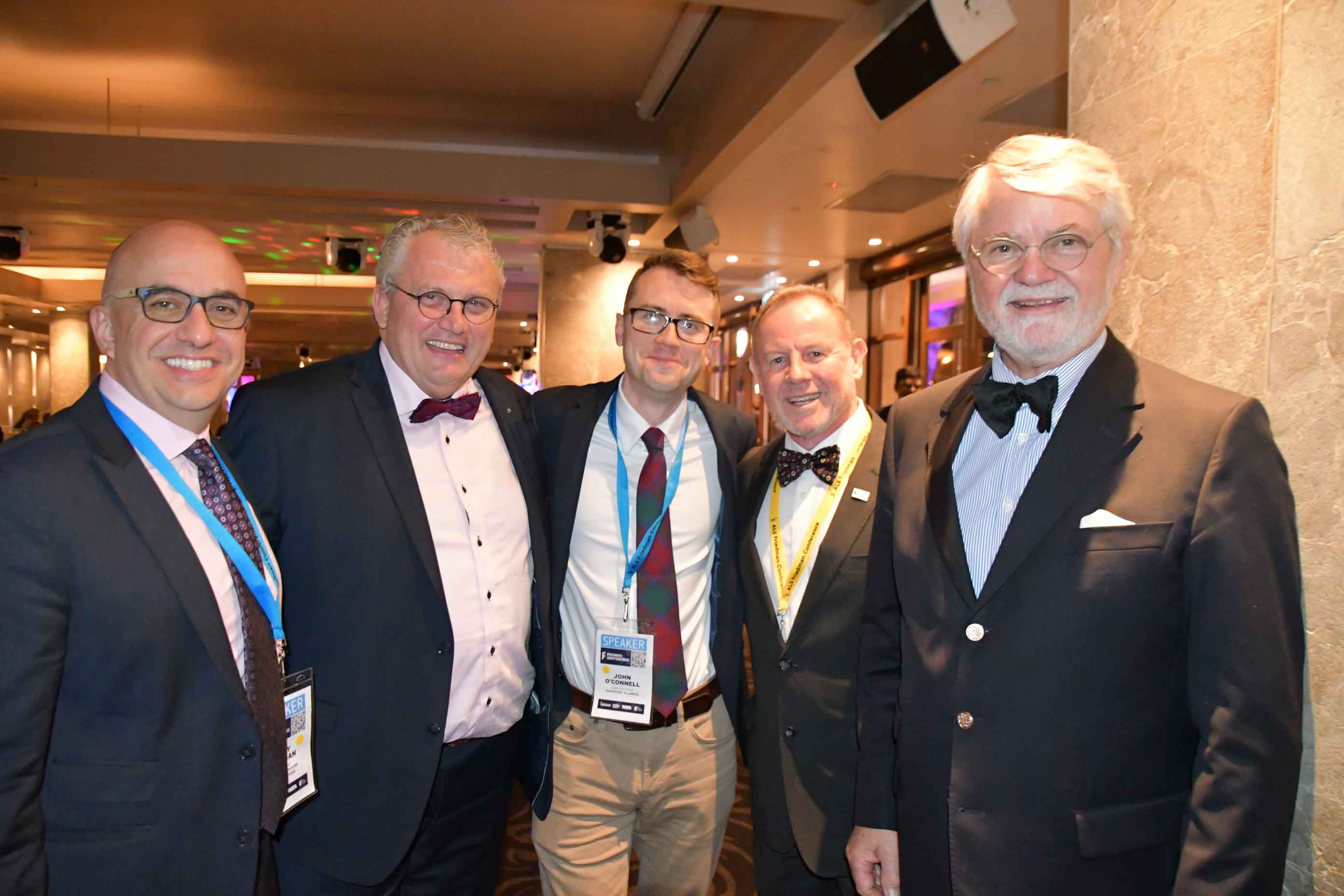 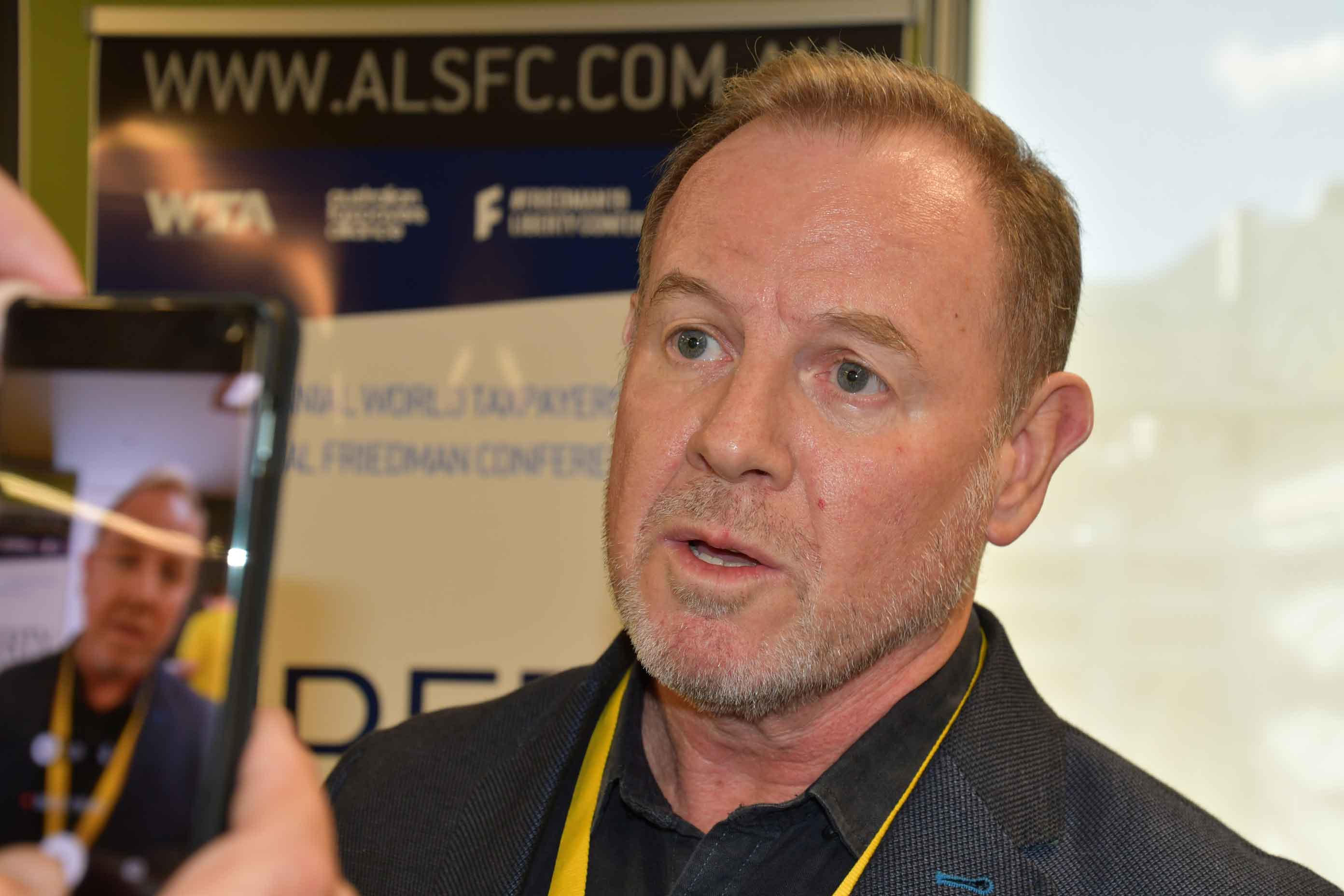 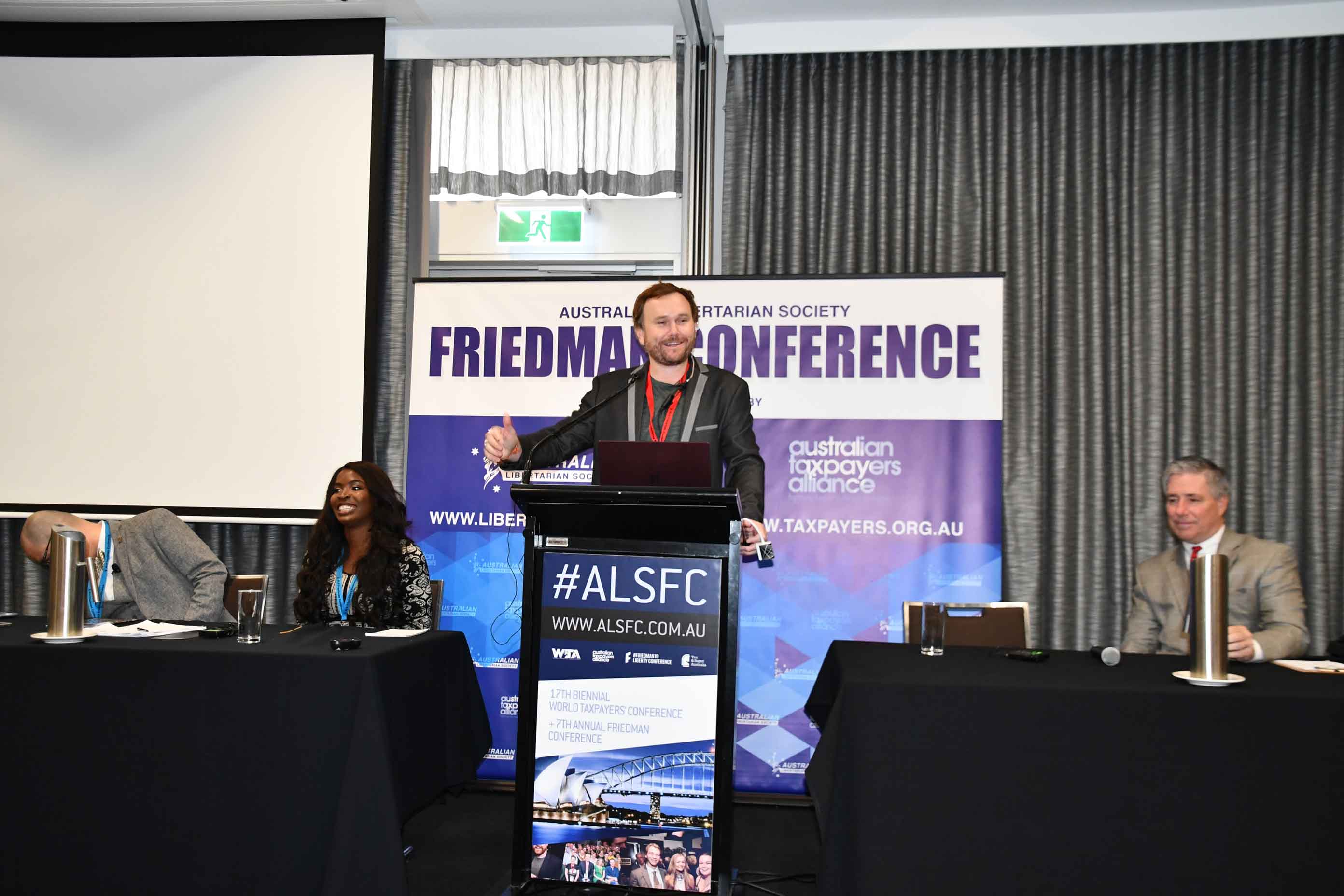 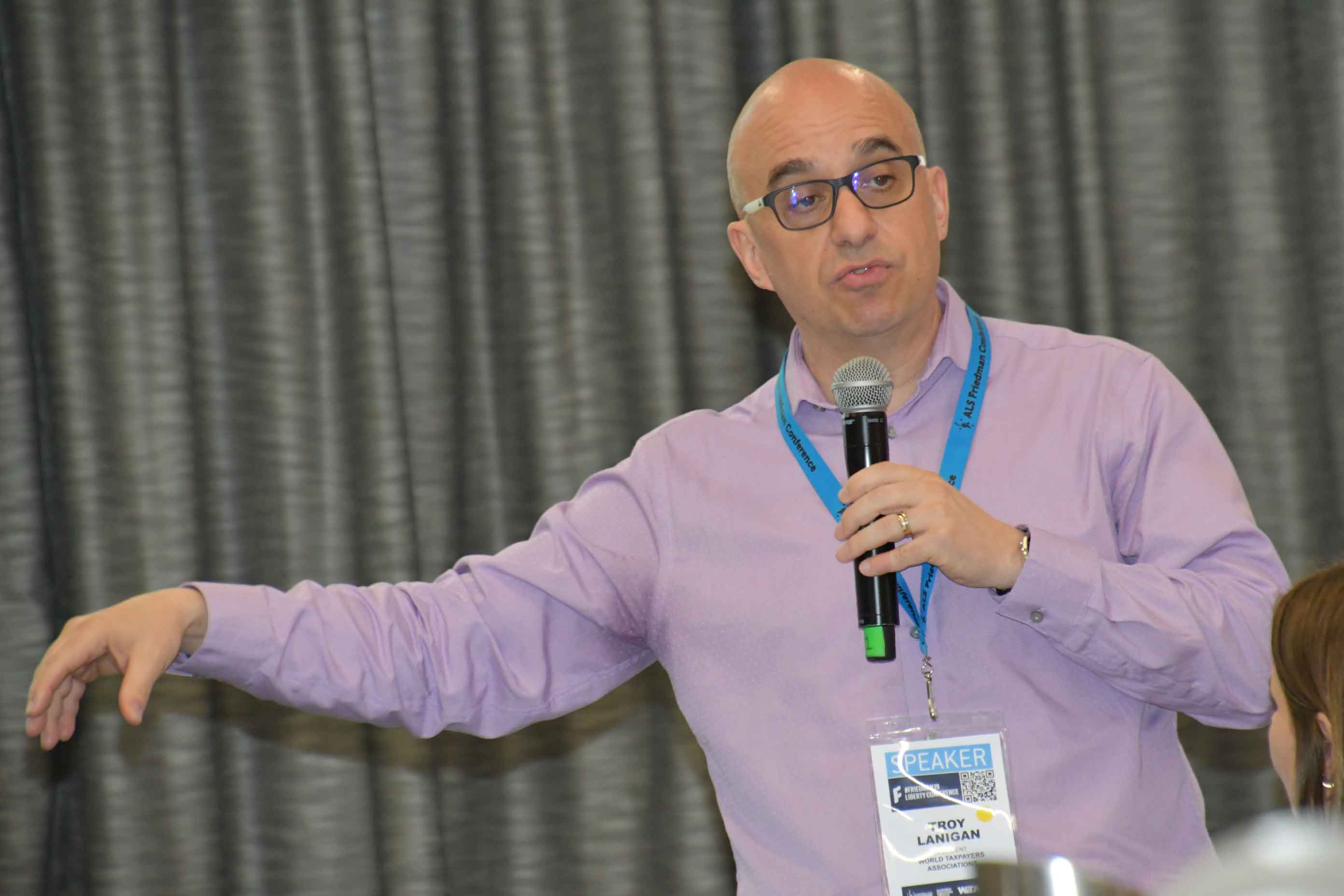 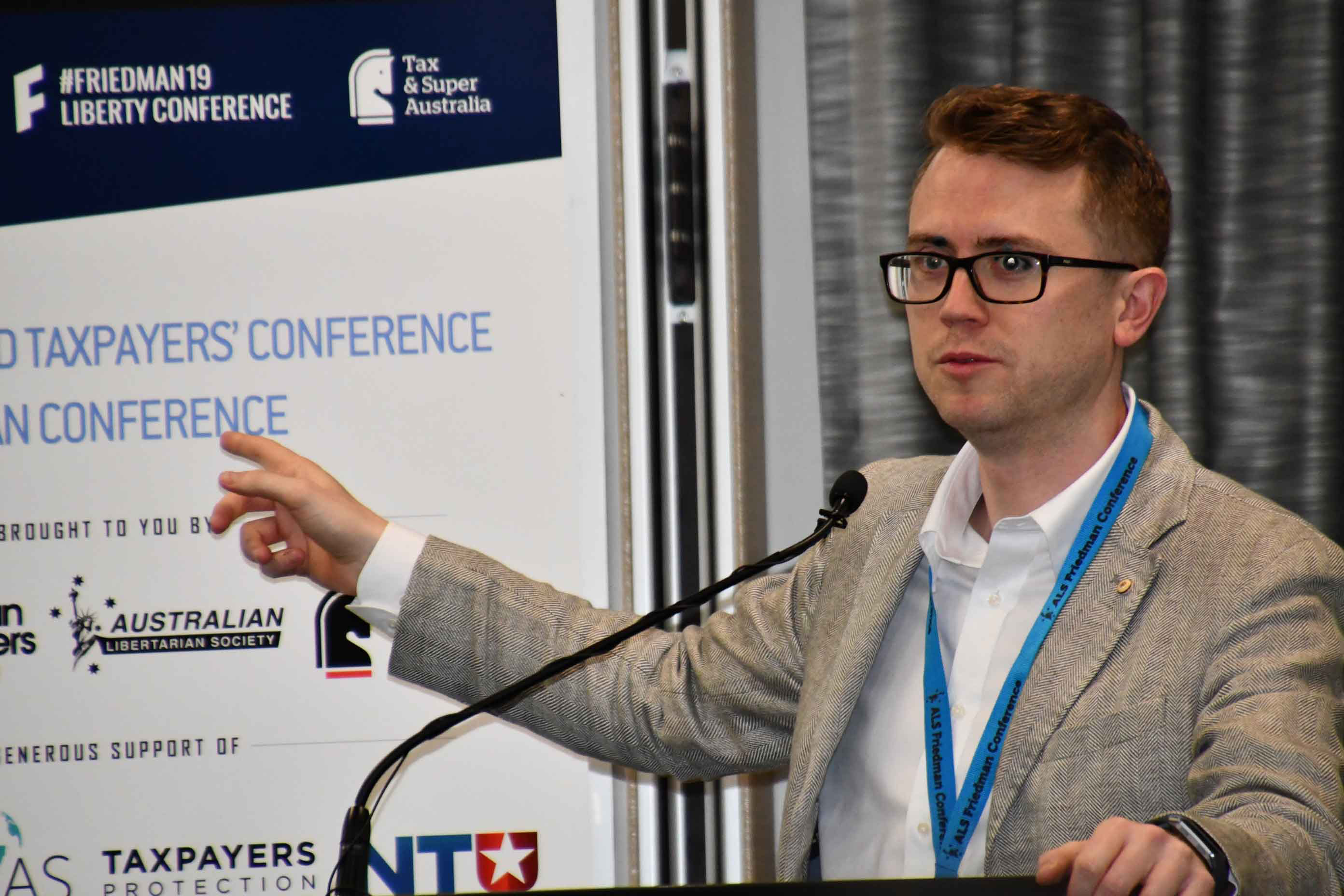 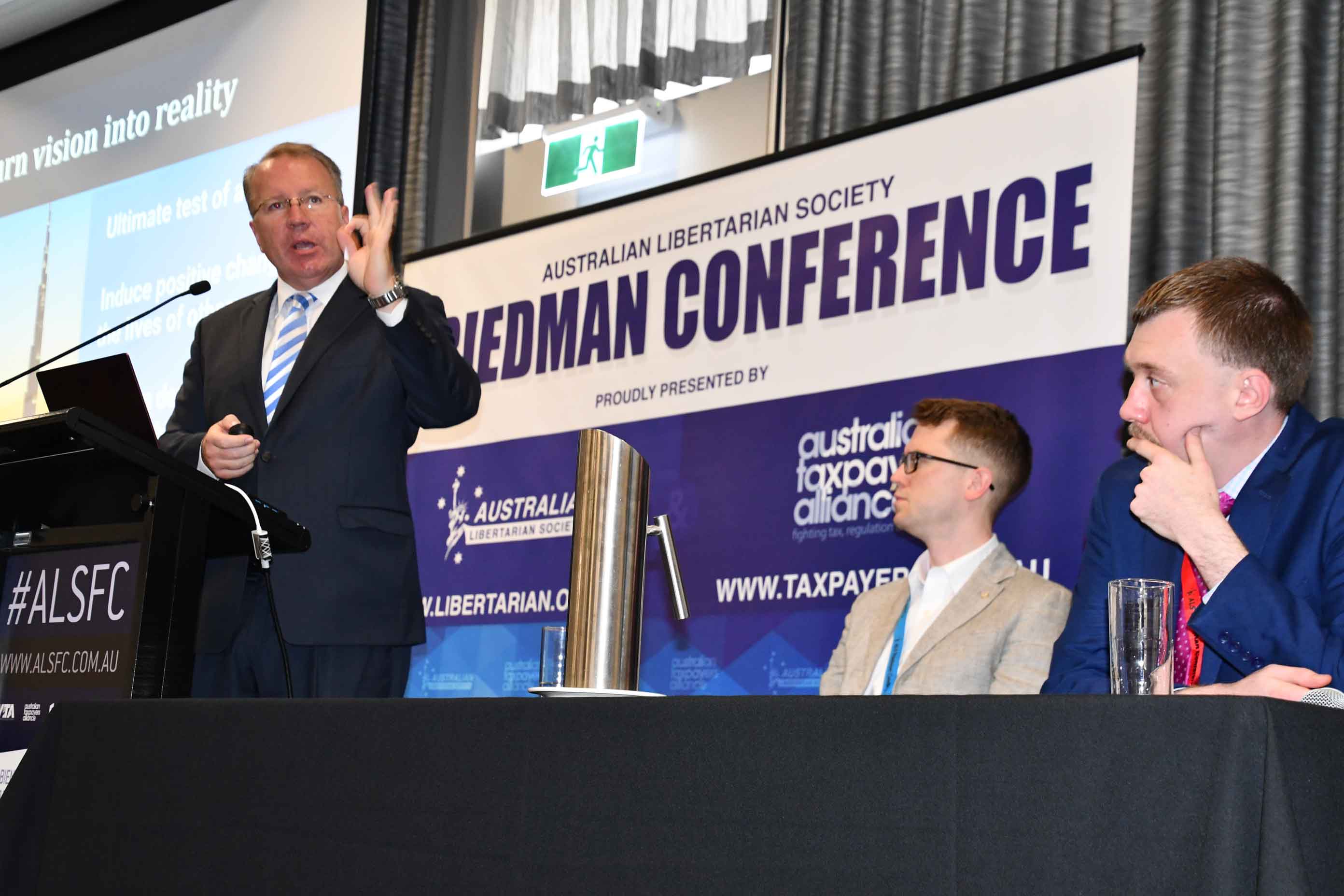 The next WTA Conference will be hosted by Contribuables Associes, the French taxpayer association, in Paris in 2021.

Members of WTA sign International Digital Tax Coalition Letter
International Governmental Organization (IGO) Watch sent a letter to Finance Ministers across the G20 urging the officials to oppose any attempts to weaponize global conversations about digital commerce to tax tech companies. With 39 organizations from 19 countries having signed, this is a strong message that the international community understands that this is a tax that will reduce innovation, increase costs upon consumers and small businesses, and substantially weaken the global economy. 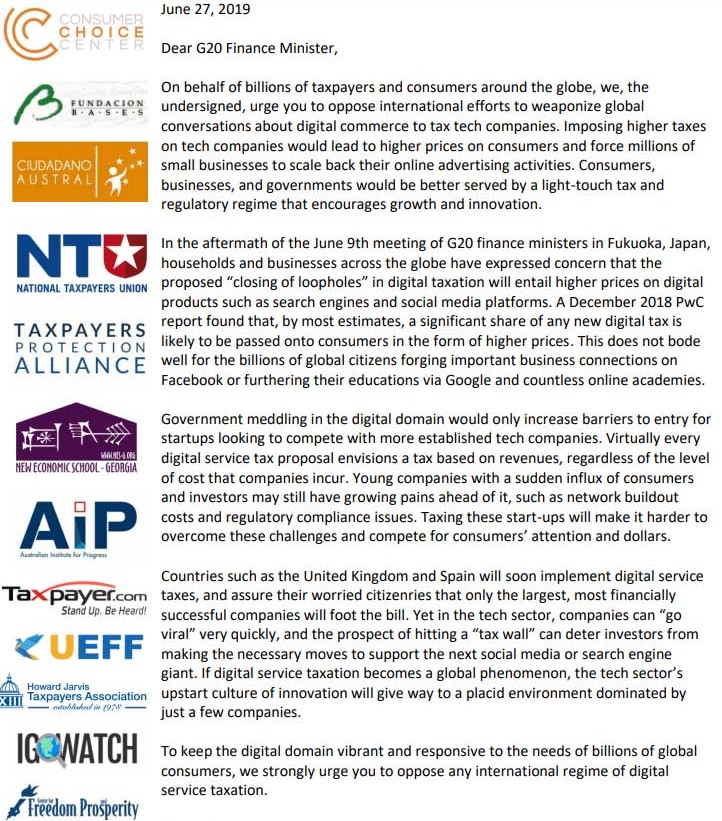 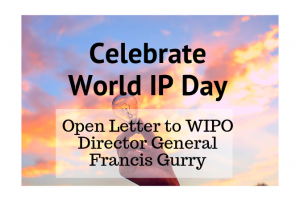 Tax Freedom Day around the world

UNITED STATES: Tax Freedom Day was April 16th
The Tax Foundation recently released its report on Tax Freedom Day. Tax Freedom Day is a significant date for taxpayers and lawmakers because it represents how long Americans as a whole have to work in order to pay the nation’s tax burden. This year, Tax Freedom Day falls on April 16, or 105 days into the year. If you include annual federal borrowing, which represents future taxes owed, Tax Freedom Day would occur 22 days later, on May 8. Tax Freedom Day in 2018 and 2019 was five days earlier than it was in 2017, in large part due to the recent federal tax law, the Tax Cuts and Jobs Act. 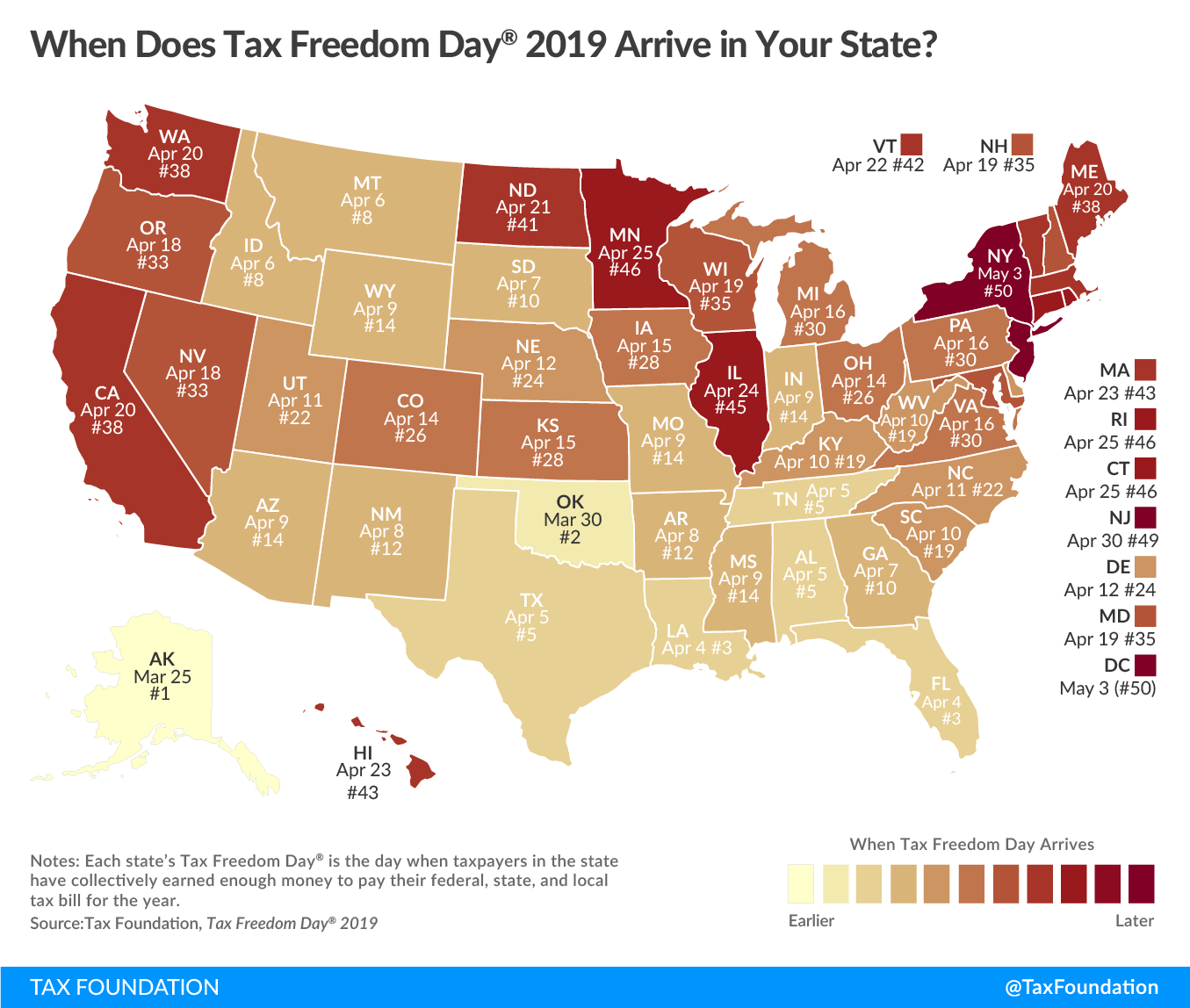 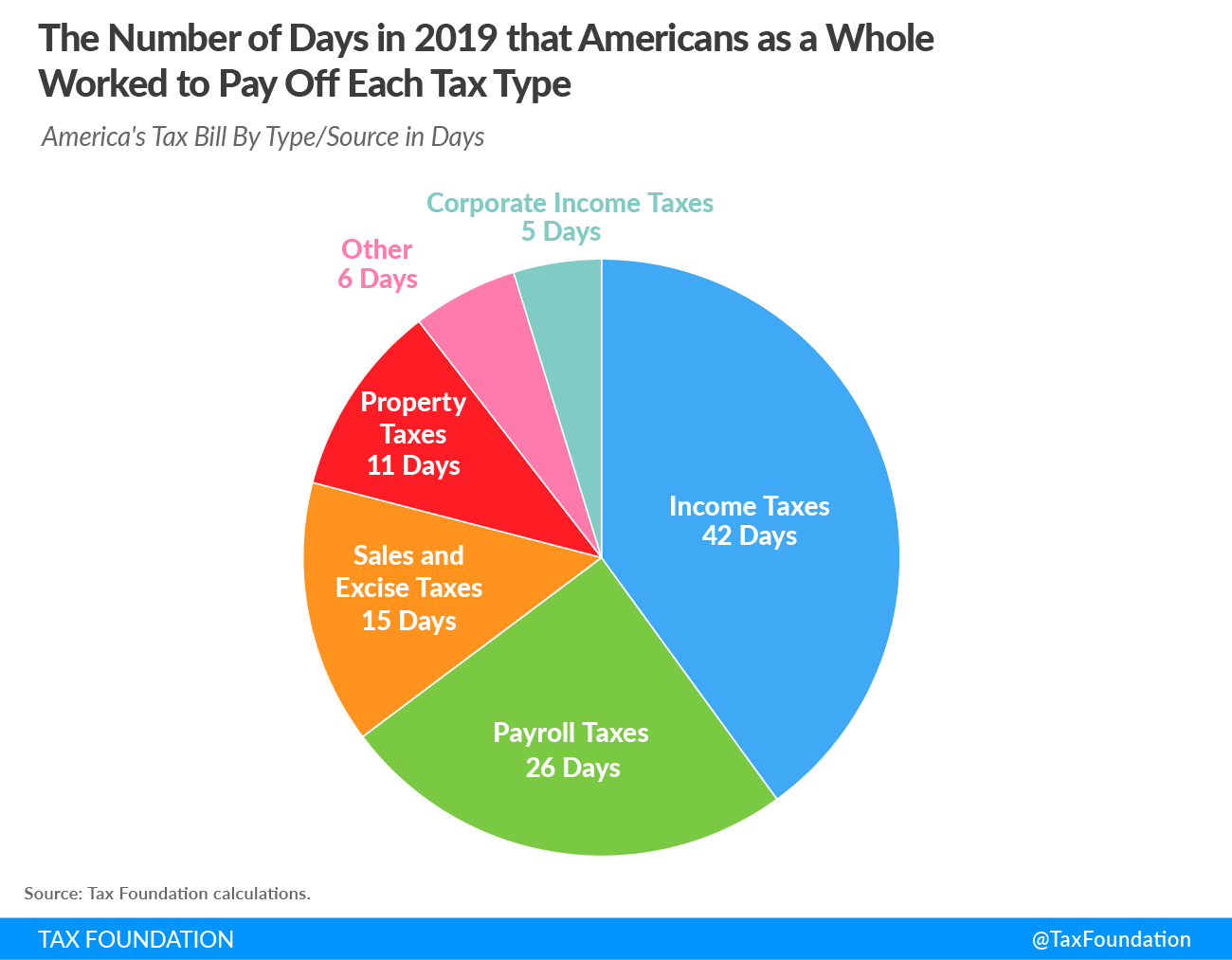 PERU: Tax Freedom Day was May 16th
According to Asociación de Contribuyentes del Perú taxpayers in Peru are working 135 days to pay for the income tax, value added tax, social security contributions and other local taxes. The Peruvian association calculates every year the Taxpayer Freedom Index to show how much tax one has to pay for services that many times they didn’t ask for, or don’t use.

More on this index, here. 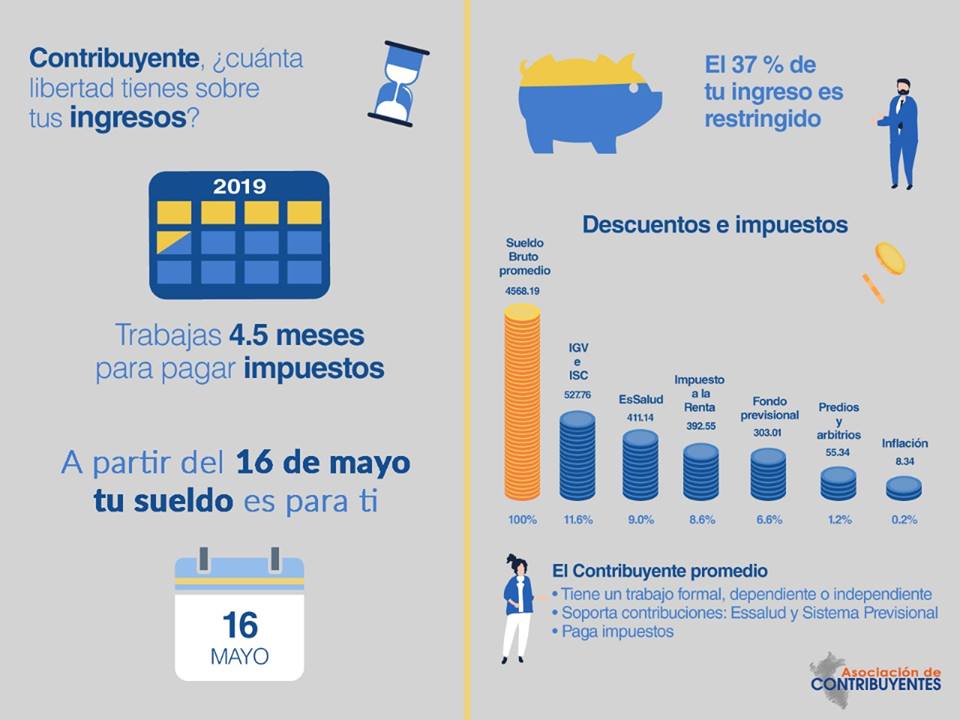 Since 2006, when Tax Freedom Day fell on August 8th, there has been a continuous improvement benefiting workers and taxpayers around Sweden. Nevertheless, the trend changed in 2016.

The G7 agreed that large digital tech companies can be taxed in the countries in which they make money, even without being physically present there. An outline of the new regime and its implementation is to be developed by the Organization for Economic Cooperation and Development (OECD) by the end of the year, so that the details can be agreed by the end of 2020.

Meanwhile, France and Hungary have both approved a digital services tax, while Austria, Belgium, the Czech Republic, Italy, Poland, Slovenia, Spain, and the UK have all either announced or published a proposal to introduce one.

Nevertheless, the current U.S.-France dispute could foreshadow what might happen if Spain, Italy, Austria, the U.K., or another country implements their own proposed tax on digital companies.
To learn more about this issue, check Daniel Bunn’s article and this map on the Tax Foundation’s website. 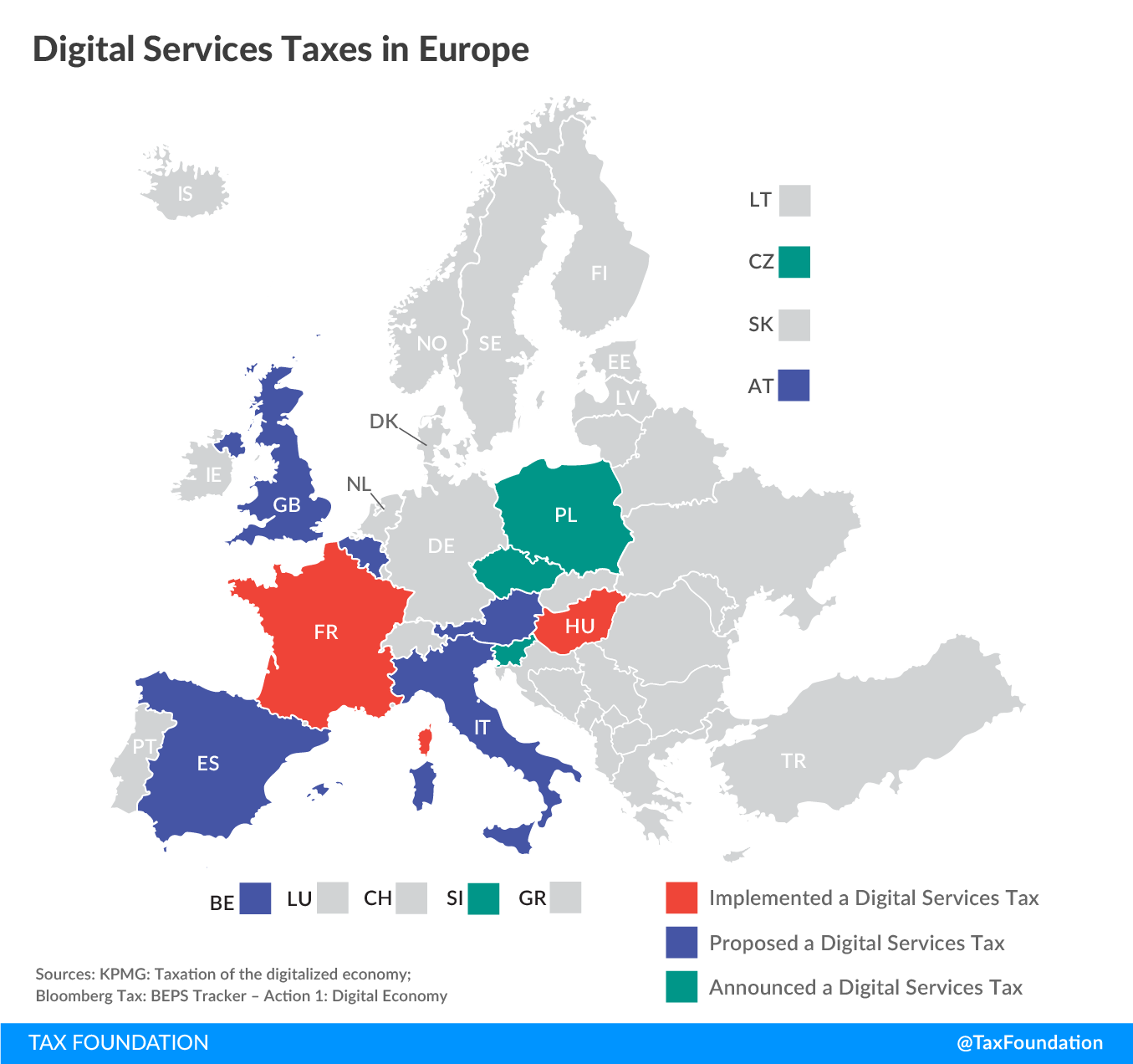 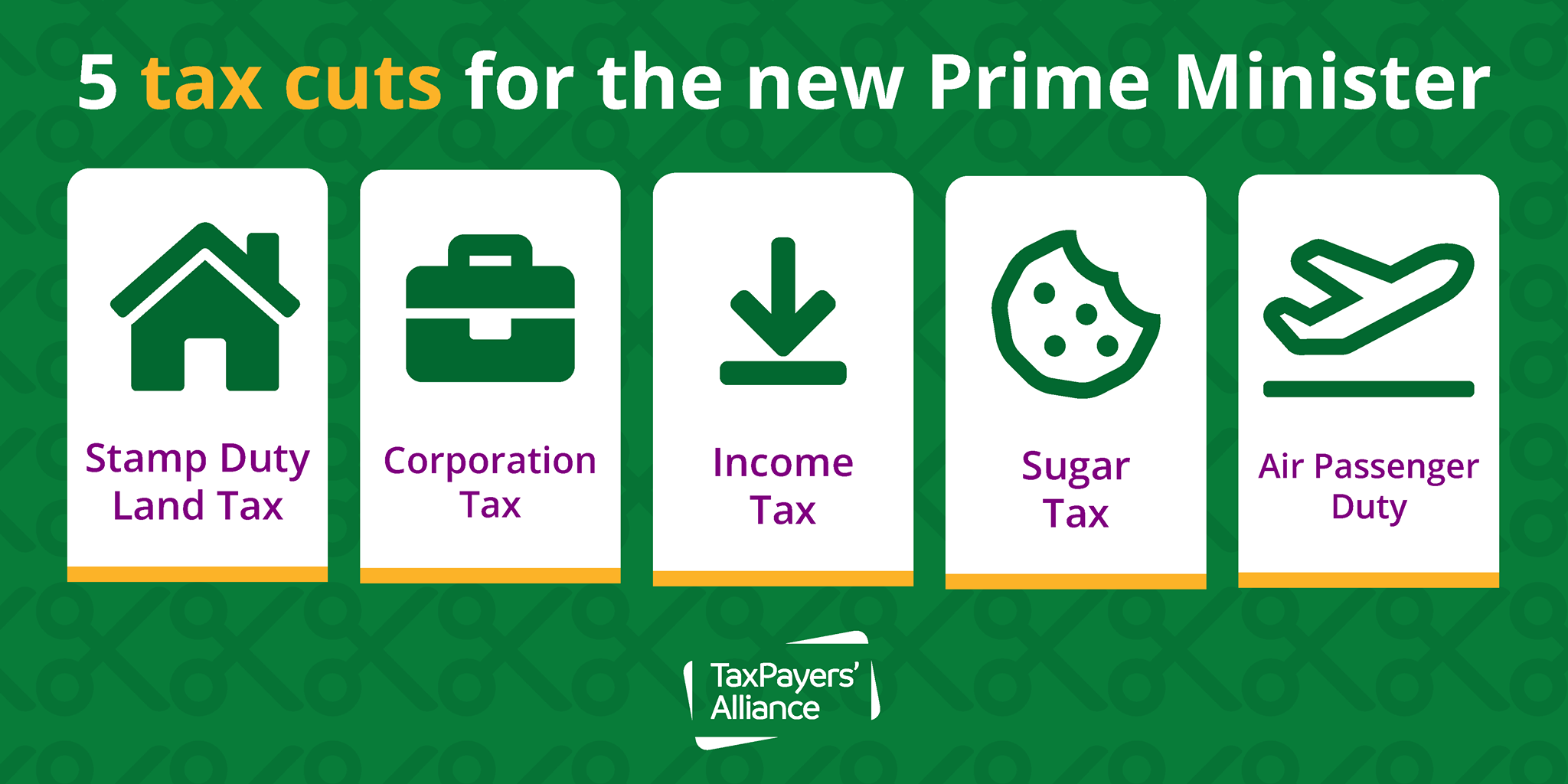 CANADA:  Taxpayer Victory!
The Canadian Taxpayers Federation has collected more than 15,000 signatures on its petition opposing funding for a luxury golf course airport in Cape Breton. Also, the CTF asked petition signers to phone Minister Jordan’s office to voice their opposition to spending taxpayers’ money on the project.

Thanks to CTF’s campaign, Bernadette Jordan, Minister of Rural Economic Development and Nova Scotia Member of Parliament, has officially rejected the proposal for $18 million tax dollars for a luxury golf course airport. “Minister Jordan deserves praise for recognizing that this luxury golf course airport is clearly not a good use of precious tax dollars,” said CTF Atlantic Director Paige MacPherson. “Taxpayers made their voices heard loud and clear on this issue and stopping this waste before it happened is a real hole-in-one.” 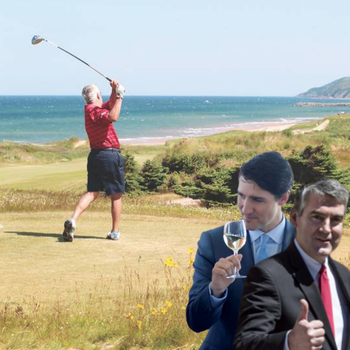 A compilation of ideas and best practices from around the world, this resource guide continues to be ‘how to’ guide but also include ideas and best practices from WTA’s various member groups around the world. The booklet compiles on what other groups are doing and what they are having success with. We encourage and welcome feedback and especially additions to this guidebook that fellow freedom fighters in other parts of the world would benefit from. We plan to update it more frequently so please reach out to our secretary general Cristina Berechet with your input.

We wish to thank the Mannkal Foundation for sponsoring students, the Canadian Taxpayers Federation and TaxPayers’ Alliance for hosting those students and overseeing their work, and to Scott Simmonds for taking on the task of pulling all this together. Finally, many thanks to Björn Tarras-Wahlberg for his role in founding the World Taxpayers Associations and developing its first guidebook to encourage and equip others in the fight to grow the taxpayers’ movement worldwide. 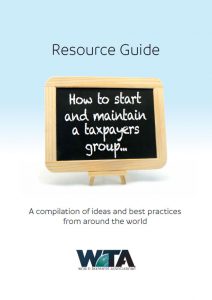 Here is a short video featuring the book and some examples of government waste. You can purchase the book here. 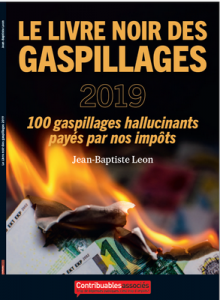 EUROPE: The Tax Burden of Workers in the EU — 2019
Institut Économique Molinari published, for the tenth year in a row, its study on the actual tax and social burden faced by the average employee in the European Union (EU). This ranking has the distinct feature of showing the pressure endured by average employees for the current year, using a solid methodology applied uniformly throughout the EU and providing a good grasp of the true impact of taxes and charges and of the shifts that are occurring.

Workers in France celebrate their tax liberation day on July 19th – 8 days earlier than last year and earlier than ever in the 10-year history of this study. Despite this progress by the Macron government, France retains its position as the EU member state that taxes labour at the highest rate, with 54.73% of the cost of a worker’s salary going to the government. A difference of minutes, not days Austria’s (outgoing) Kurz government did not keep its promise to reduce the tax burden on working people; instead, the real tax rate for workers there has risen to 54.72% – only 0.01% lower than in France, a difference that results in a tax liberation day that is not a day later than France’s but the equivalent of only 57 minutes later. The new Berlin government has, so far, promised only to cut corporate taxes. The outgoing Michel government’s “tax shift” in Belgium has fulfilled its promise to increase workers’ take-home pay. After cutting employers’ costs over the previous three years, employees’ income tax rates have dropped due to an increase in the tax-free allowance; consequently, the tax liberation day for workers in Belgium is now July 15th, two days earlier than last year and 24 days earlier than its latest historical point (August 8th, 2013) under the Di Rupo government. For the third consecutive year, the Tax Liberation Day in Greece is July 10th, 27 days later than in 2010 (13 June). While salaries are recovering, they remain lower than in 2010, and tax rates have risen. Consequently, a typical Greek worker’s annual take-home pay has dropped 18%, (approximately 2,900 €) from 2010-2019, and he pays 24% VAT (vs. 19% in 2010). For the first time since this study was published in 2010, none of the 28 EU members altered VAT rates in 2018.

2019 TAX AND SOCIAL CONTRIBUTION FREEDOM DAYS FOR THE AVERAGE EMPLOYEE 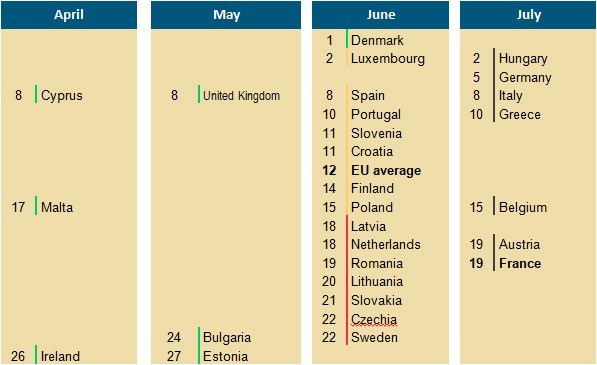 The Nanny State Index (NSI) is a list of the worst places in the European Union to eat, drink, smoke and vape. The initiative was founded by the Institute for Economic Affair’s Christopher Snowdon and branded through the European Policy Information Center (EPICENTER). Germany has overtaken the Czech Republic to become the EU’s most liberal country, according to the 2019 edition of the Nanny State Index. Finland remains the least free member state when it comes to drinking, smoking, vaping and food regulation, with Lithuania and Estonia in second and third place respectively.

The index shows that there was some liberalisation of e-cigarette regulation since 2016, but that vaping bans have continued to spread. Twenty EU member states now have some legal restrictions on e-cigarette use, including fourteen in which vapers face the same restrictions as smokers.

The Index found only five examples of liberalisation in the last two years. They include the Italian government slashing the tax on e-cigarette fluid in January 2019 and Greece’s supreme administrative court declaring a tax on wine unlawful in September 2018.
The full report can be read here. 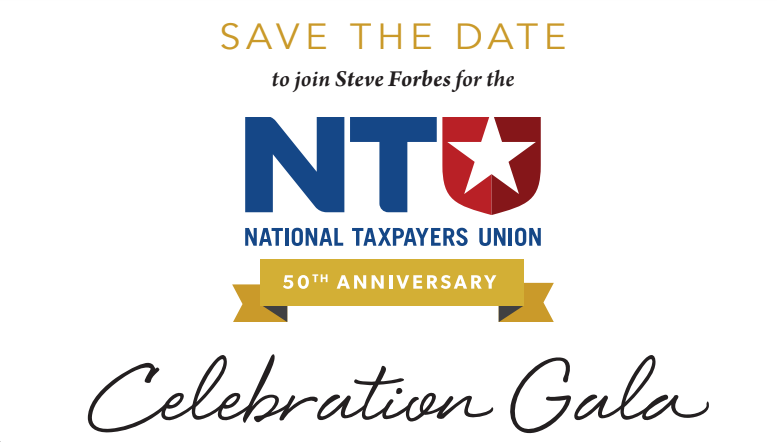