The first WTA-sponsored Taxpayers Regional Forum of 2020 will take place in Kyiv, Ukraine, May 16th.

In May 2020 World Taxpayers Associations along with the Atlas Network and the Ukrainian Economic Freedoms Foundation is pleased to invite delegates to join us in an exchange of ideas and best practices to advance taxpayer advocacy in Europe.
The WTA Taxpayers Regional Forum will take place immediately after the Atlas Network’s 2020 Europe Liberty Forum in Kyiv on May 14-15.

Registration and fees:
Conference fees include conference materials, coffee breaks and lunch and dinner on Saturday.
If you have paid your 2020 Membership Fee to the WTA, you are entitled to free access to this event. Please e-mail Melanie Harvie at melanie.harvie@worldtaxpayers.org for your discount code. The code is valid for two registrants within your organization until April 25th, 2020. After that, a fee of 50 USD per person will be charged.
For other groups, the conference has a cost of 110 USD per person.
Please act soon, space is limited! You can register here.

The discounted rate at the Fairmont Grand Hotel Kyiv is €150 (single room), €170 (double room), €300 (one bedroom suite). This rate is inclusive of a 20% VAT, complimentary Wi-Fi, access to fitness area and swimming pool, and full buffet breakfast. City tax is not included into the room rate. City Tax for non-residents is equivalent to €1.7 EUR

To make your room reservations please email the following information to Sherry.Romello@AtlasNetwork.org.

First Name:
Last Name:
Organization:
Company:
Country of Residence:
Check in Date & Time:
Check out Date & Time:
Room Type: Single or Double (If requesting Double, please provide # of guests and whether you will need one bed or two in the room.)

Agenda:
May 16th
8:30 AM – 6:00 PM Taxpayers Regional Forum
More information will soon be available on our website. 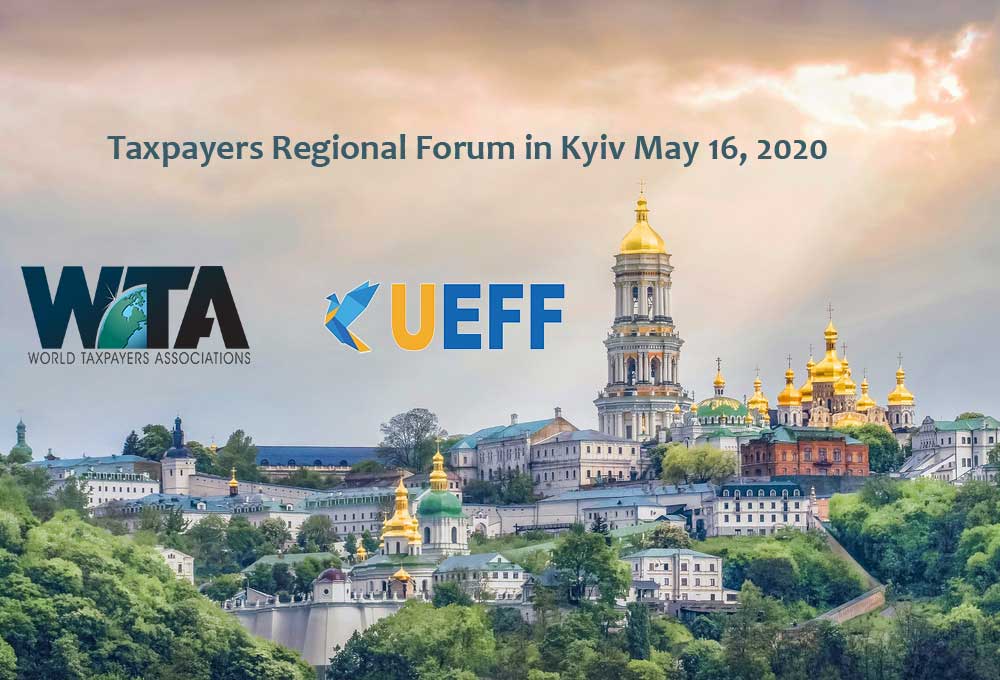 The second WTA-sponsored Regional Taxpayers Forum of 2020 will take place in Accra, Ghana, August 22nd.
In August 2020 World Taxpayers Associations, along with the Atlas Network and IMANI Center for Policy and Education, is delighted to host its first event on the African continent.
The WTA Regional Taxpayers Forum will take place immediately after the Atlas Network’s 2020 Africa Liberty Forum in Accra on August 20-21.
More information will soon be available on our website.

More about the NLC Project Law on the Taxpayer Bill here. 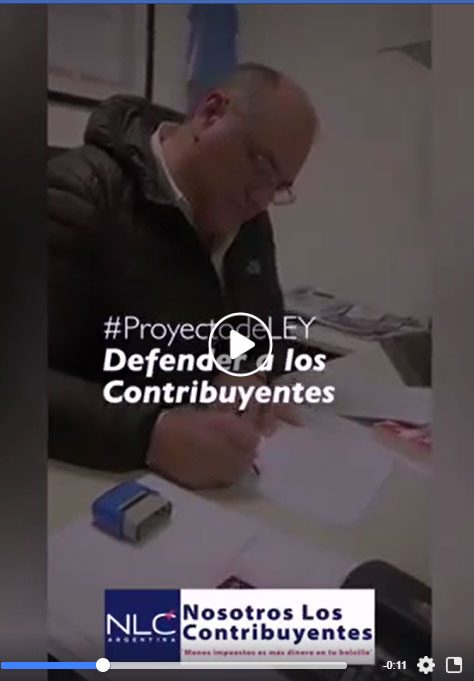 The highlight of this meeting was the background discussion with Monika Hohlmeier, MEP, Chair of the Committee on Budgetary Control of the European Parliament, who supported the demands of the TAE in many areas and took a new approach to fighting corruption and subsidy fraud. 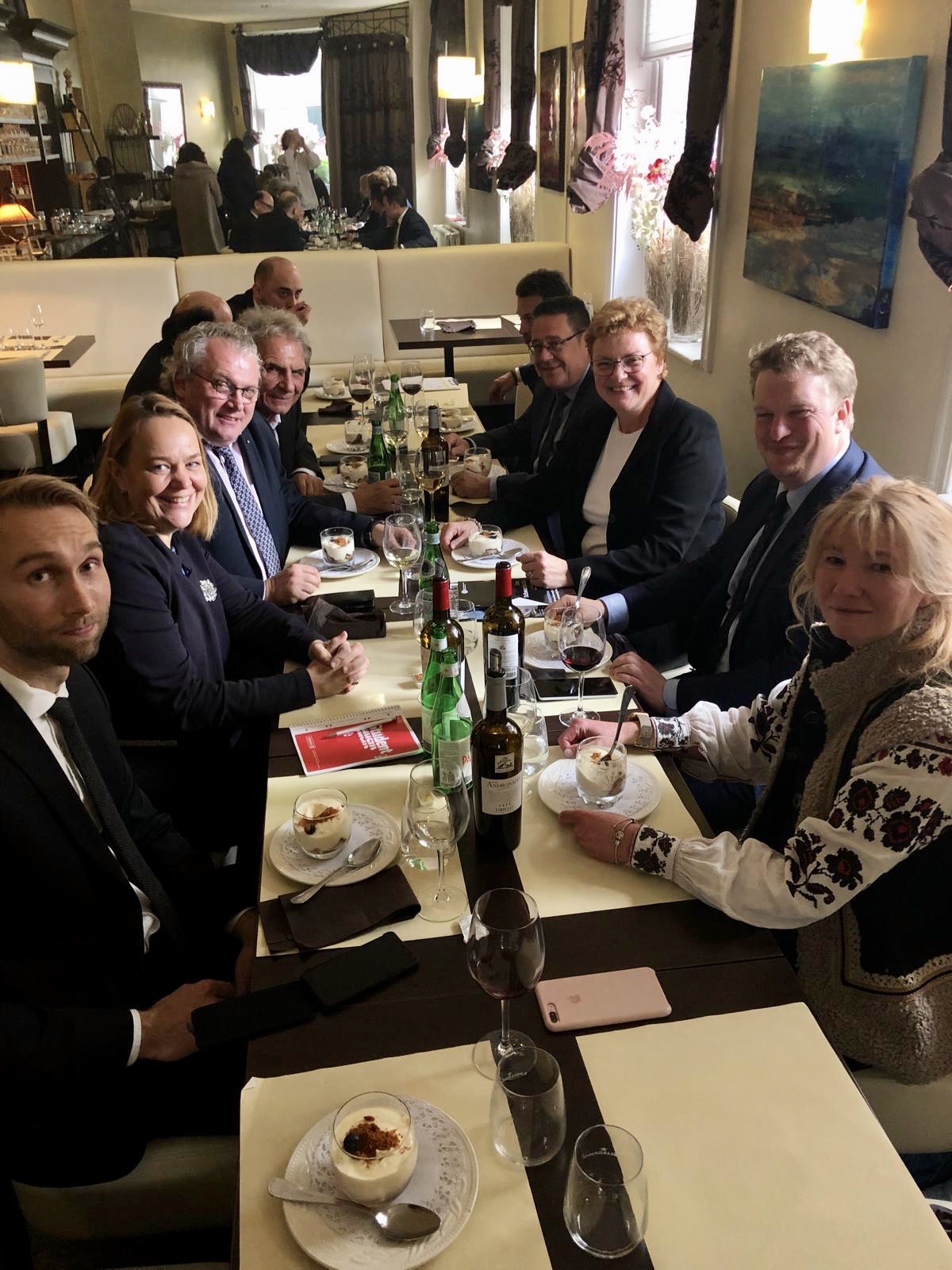 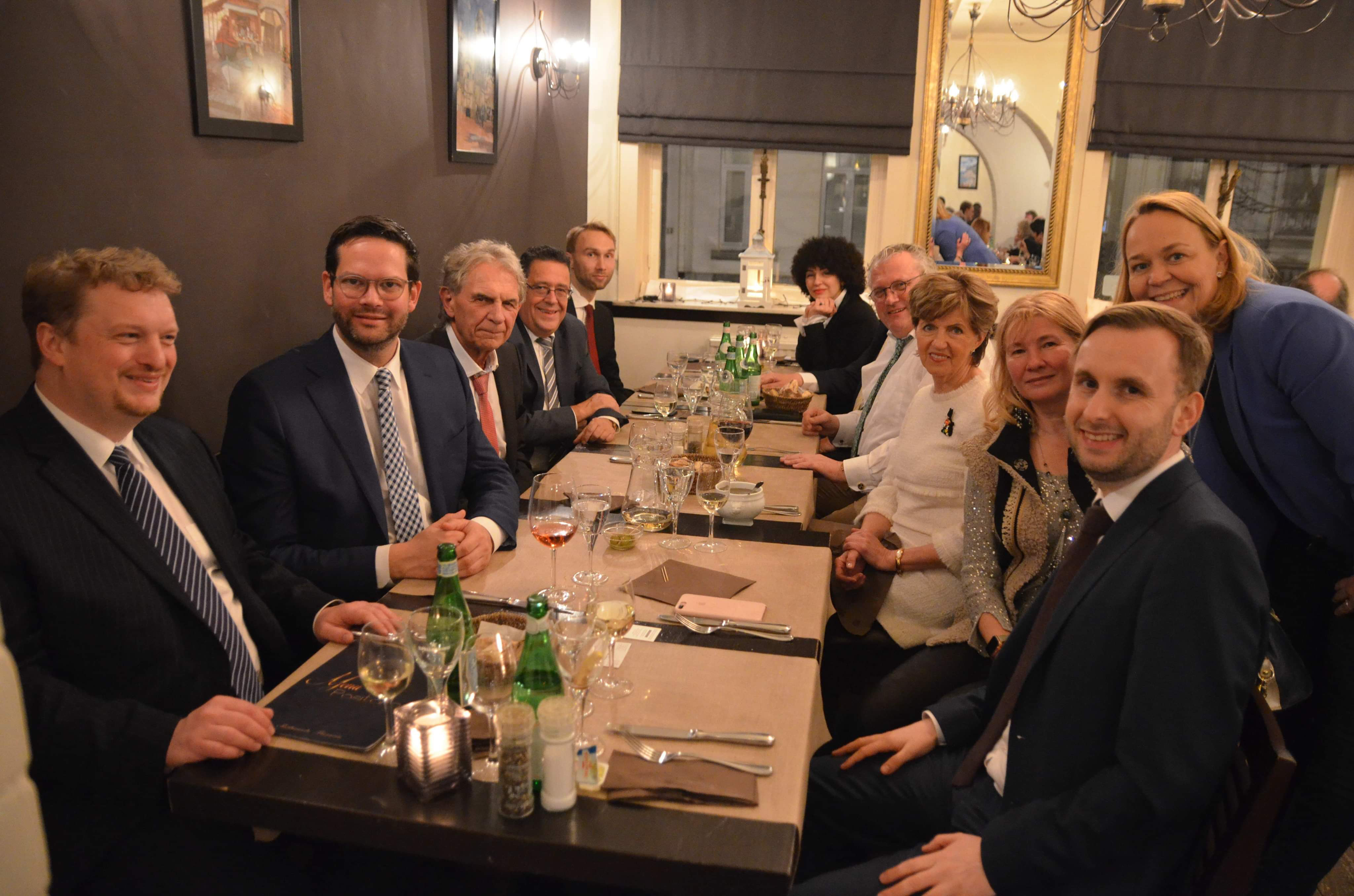 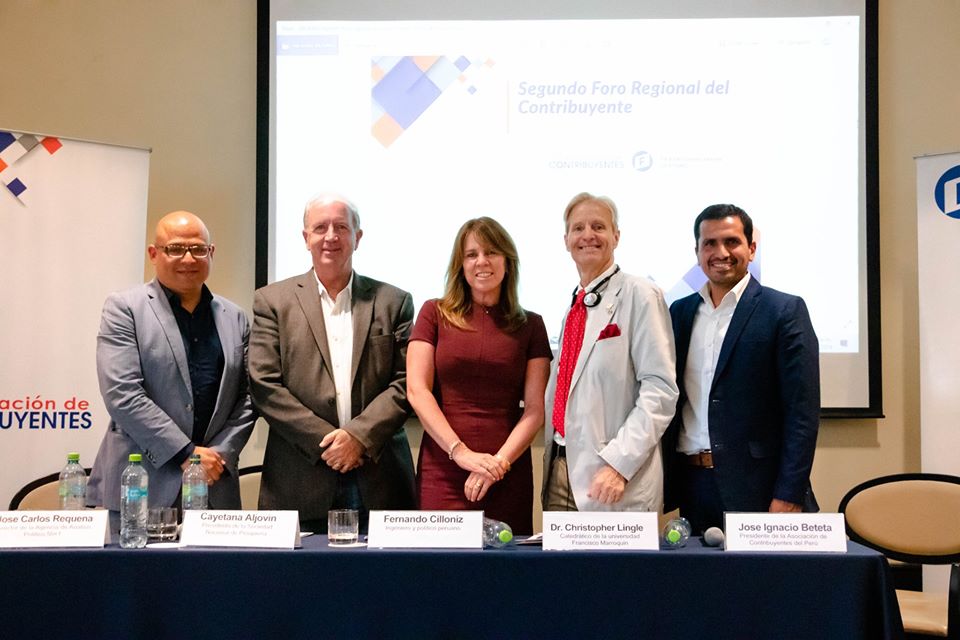 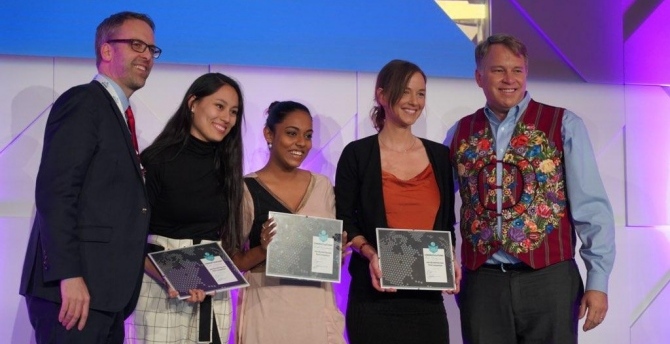 CANADA: CTF wins intervener status at Supreme Court of Canada
A historic first for the Canadian Taxpayers Federation – they have been granted intervener status to appear before the Supreme Court of Canada!
The basic issue is: can governments refuse to give judges a pay raise?
Here’s what happened. Unlike other government employees, judges’ salaries are usually based on a recommendation from an independent committee.
But recently, in both British Columbia and Nova Scotia, the committee recommended big pay hikes for judges, even though both governments were implementing across-the-board spending cuts. The governments refused to give them the raise, so the judges took them to court.
They are jumping into the fight to make the case that governments have every right to tighten their belts, and judges, as government employees, shouldn’t be exempted.
This fight matters for two reasons.
First of all, if the judges win this case, it will set a dangerous legal precedent. It’s not hard to see other government unions salivating at the possibility they could use the courts to force governments into hiking bureaucrat salaries, even when voters have told them to reduce spending.
Second, being granted status before the Supreme Court is a big step forward for the CTF on their future legal battles, including their application to intervene in the carbon tax battle now heading to the Supreme Court, likely in early 2020.
Adam Goldenberg, an outstanding lawyer, will be representing them in the Supreme Court intervention.

The Canadian Taxpayers Federation also delivered 80,000 petition signatures to the Prime Minister’s Office calling on the federal government to ensure Canadian taxpayers are not responsible for supporting the Duke and Duchess of Sussex when they are living in Canada.
“Canadians are pleased to welcome the Duke and Duchess to Canada, but have made it crystal clear that taxpayers should not be forced to support them while they are living here,” said CTF Federal Director Aaron Wudrick. “All Canadians wish them well as they realize their ambition of financial independence.”
In less than one week, the CTF collected more than 80,000 petition signatures calling on federal government to ensure taxpayer money is not used to support the Duke and Duchess. A recent Angus Reid survey showed that fully 73 per cent of Canadians believe the Duke and Duchess should be responsible for covering all of their own costs.
“The Queen has made clear that British taxpayers will no longer be supporting the Duke and Duchess,” noted Wudrick, “Prime Minister Trudeau owes it to ensure Canadian taxpayers receive similar respect.” 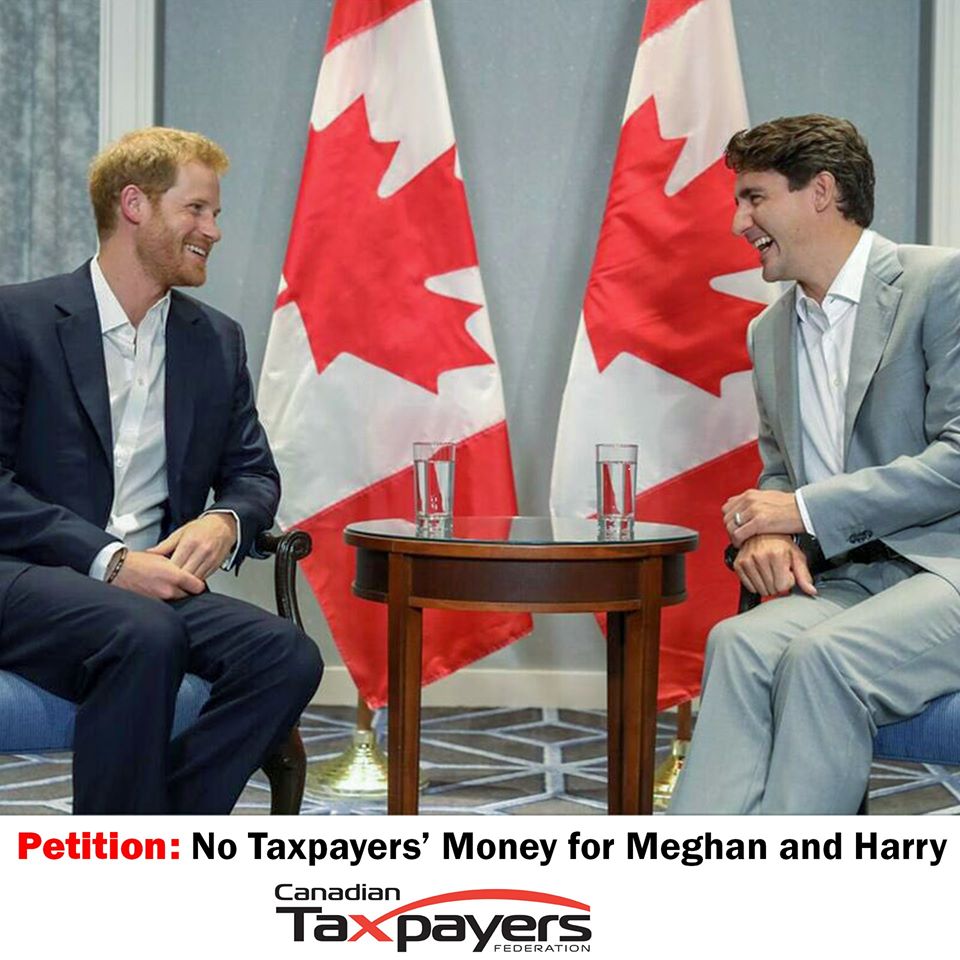 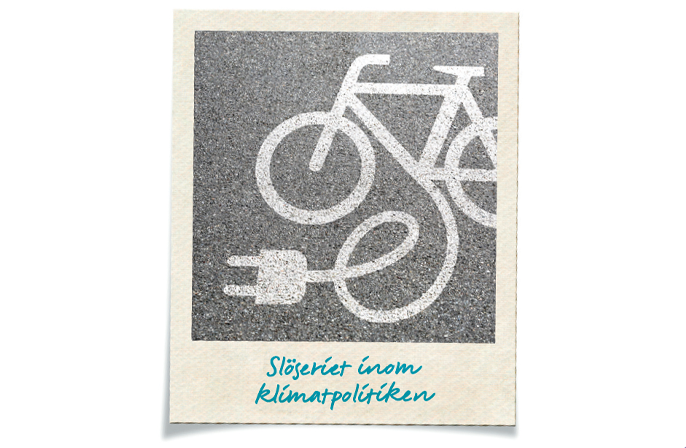 UNITED KINGDOM: Almost £40 million of taxpayers’ money paid for lobbying and political campaigning
New analysis from the TaxPayers’ Alliance reveals how ministers, officials and quangocrats are wasting taxpayers’ cash funding organisations that lobby the government. From 2017-19, organisations that lobby for changes in public policy received at least £39,584,172.
But taxpayer funding of lobbying and political campaigning has a number of negative effects: 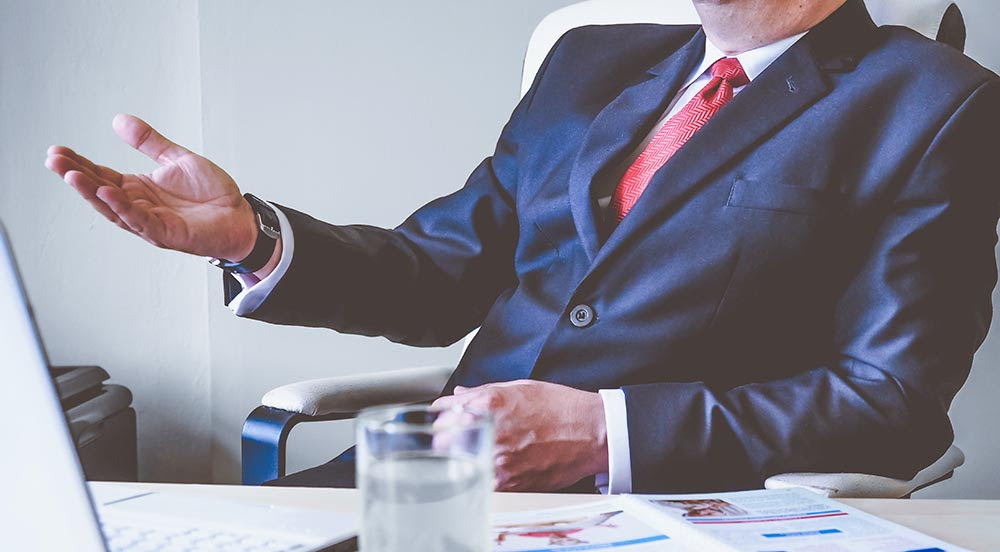 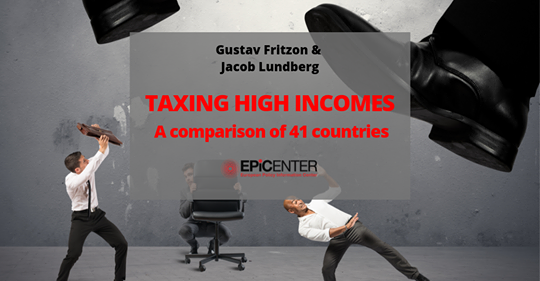 WORLD: 2019 International Trade Barrier Index Released
Property Rights Alliance released the world’s first International Trade Barrier Index. The Index ranks 86 countries on their use of the most the direct barriers to trade: tariffs, non-tariff measures, and services restrictions, as well as their ability to facilitate trade.
The TBI was created as a response to rising trade tensions across the world that have resulted in lower growth rates, reduced trade forecasts, and an increase in trade restrictions. These conflicts create uncertainty and overlook the real issues that disrupt global commerce.

Key Findings
China and India are the world worst abusers of trade barriers. Each have extremely high tariffs and a large number of tariff lines compared to the rest of the world. India leads in restrictions on services that prevent foreign professionals and businesses from operating in the country. While China leads the world in use of non-tariff measures.
Hong Kong and Singapore have the lowest scores on the Index indicating the fewest trade restrictions. Both are completely tariff free. Hong Kong is 2nd as Singapore is a member of more trade agreements. However, with open and unfettered trade citizens of Hong Kong are accustomed to the free-exchange of ideas. Recent NTMs raised by Beijing to require licenses for imported published material have added to the friction between the two regions. See “Free Trade and Free Minds” in the full TBI report.
The United States is 54th in the Index. Though the country has one of the lowest average MFN tariff rates it follows China’s lead in deploying NTMs and is a member of relatively few trade agreements. To president Trump’s credit, he has started trade negotiations with some of the biggest abusers of free-trade: China, Brazil, India, and Turkey. If the end result is increased protection of property rights, fewer restrictions on services, smoother compliance with technical barriers, lower tariffs, and implemented trade agreements then Trump could be known as the Free-Trade president.
The EU has relatively few trade barriers, though some can be quite restrictive. NTMs have resulted in a de facto ban on certain agricultural products and services restrictions in the transport sector amount to cabotage. Most alarming, regulations on privacy controls and new digital services taxes are digital trade barriers that threaten to pull the region backwards.
When barriers are removed it is harder for special interests to become entrenched in political processes. Correlations with the TBI demonstrate a clear relationship between free-trade and the ability of countries to achieve greater levels of freedom and prosperity. Notably, where trade barriers are high freedom of the press is low and the perception of corruption is high. 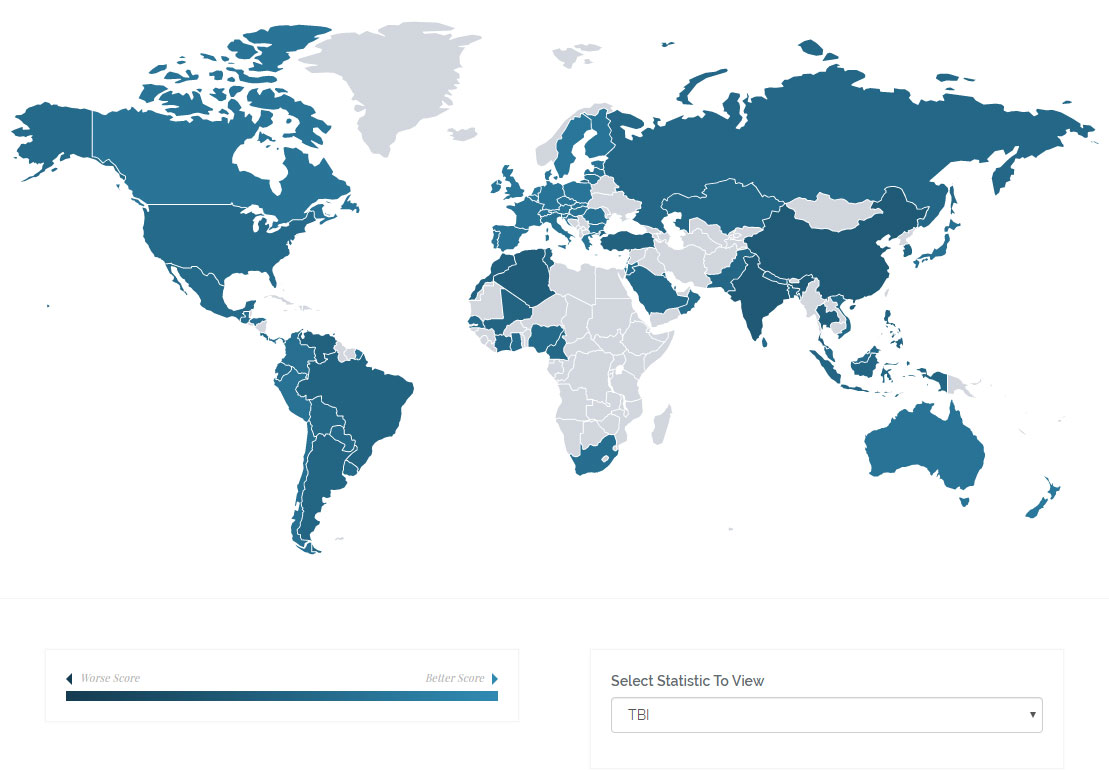 EUROPE: December 16th is Credit Day across Europe
Credit Day was created by the Institut Économique Molinari to help the general public achieve a better understanding of the national budget of each EU Member State.
Credit Day highlights the day in a fiscal year on which the national government has fully spent their tax revenue and become dependent on borrowed money.

Eleven Member States have managed to achieve a surplus in 2019 with Ireland, Luxembourg, Slovenia, and Bulgaria joining the group. Cyprus has dramatically changed its Credit Day from January 9th the following year to October 26th. Despite outliers like Cyprus, Romania, and France there was an overall improvement on budget control as 25 of the 28 member states have delayed their Credit Day to December or January 2020.

WORLD: The Lithuanian Free Market Institute releases the Employment Flexibility Index 2019
For the third year in a row, the Lithuanian Free Market Institute and its partner organisations presented the Employment Flexibility Index, that ranks a total of 41 countries that are members of the European Union (EU) or the Organization for Economic Cooperation and Development (OECD).
Read the full report here. 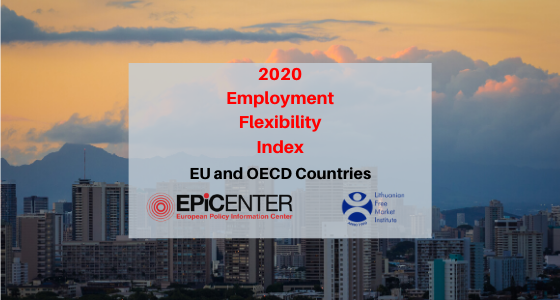 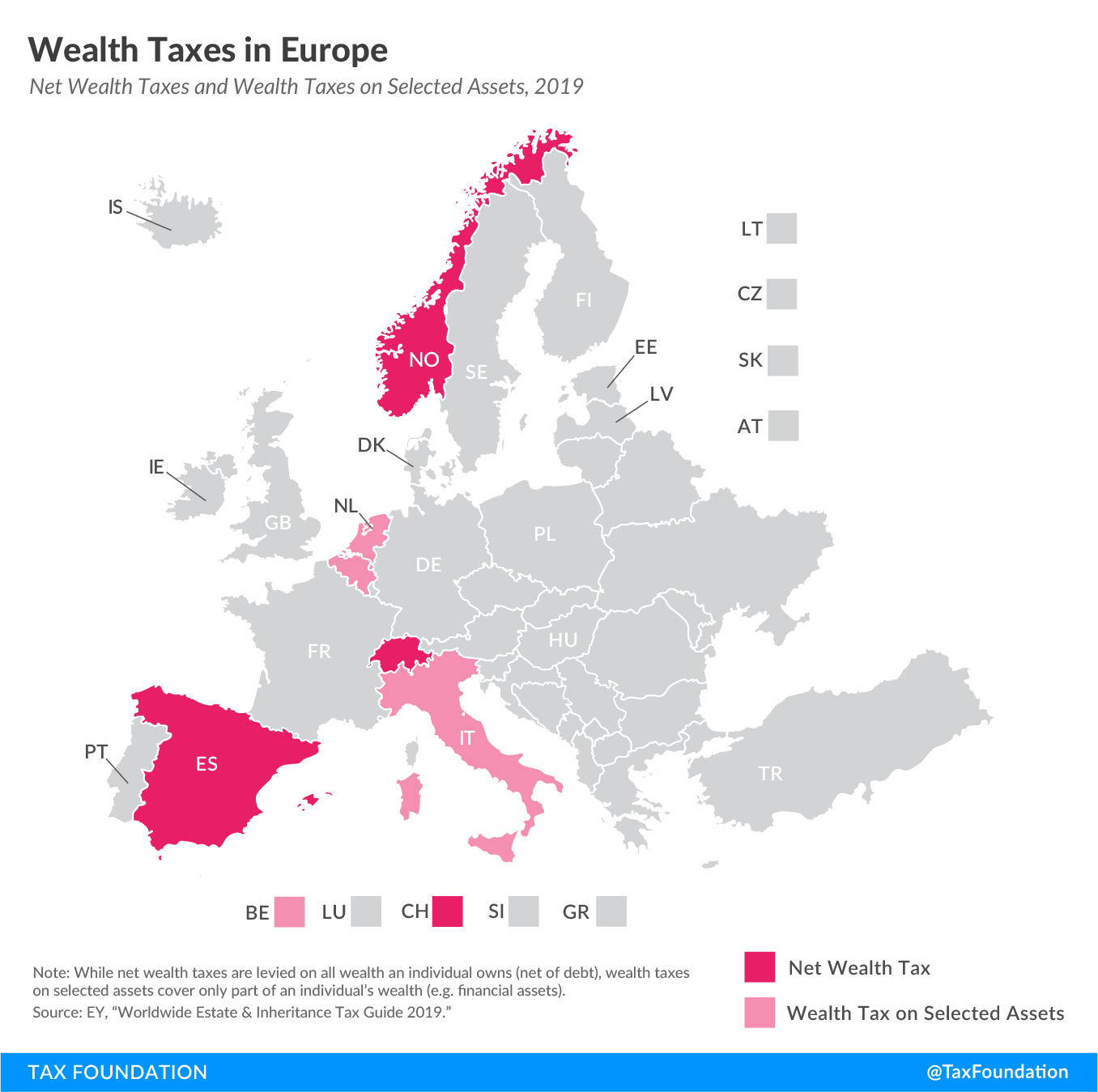 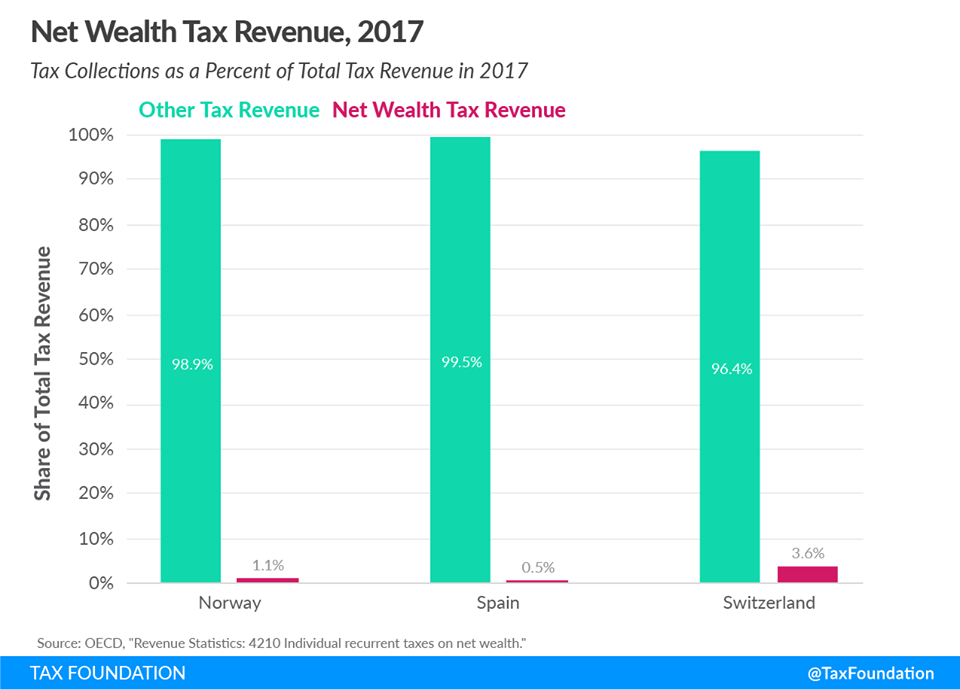