The first WTA-sponsored Regional Taxpayers Forum of 2020 will take place in Kyiv, Ukraine, May 16th.

In May 2020 World Taxpayers Associations along with the Atlas Network and the Ukrainian Economic Freedoms Foundation is pleased to invite delegates to join us in an exchange of ideas and best practices to advance taxpayer advocacy in Europe.
The WTA Regional Taxpayers Forum will take place immediately after the Atlas Network’s 2020 Europe Liberty Forum in Kyiv on May 14-15 2020.
More information will soon be available on our website.

UNITED STATES: NTU celebrates its 50th Anniversary
On October 23, the National Taxpayers Union celebrated its 50th Anniversary with a gala dinner in Washington, DC featuring more than 300 guests from the organization’s past and present. Lawmakers, state governors, and other public officials were in attendance to view a video on the history of NTU — including an interview from the year 1974 of the organization’s founder on the famous American television program “The Tonight Show with Johnny Carson.”
Guest speakers included Steve Scalise, who is the chief legislative officer of the opposition party in the lower chamber of the U.S. Congress, and Lawrence Kudlow, head of the National Economic Council, which advises the President. An especially memorable part of the evening was a message of congratulations from me, Troy Lanigan, and Cristina Berechet for NTU’s role in helping to form WTA in 1988. Participants were thrilled to learn more about NTU’s international connections, and all looked forward to working together with WTA in the future. 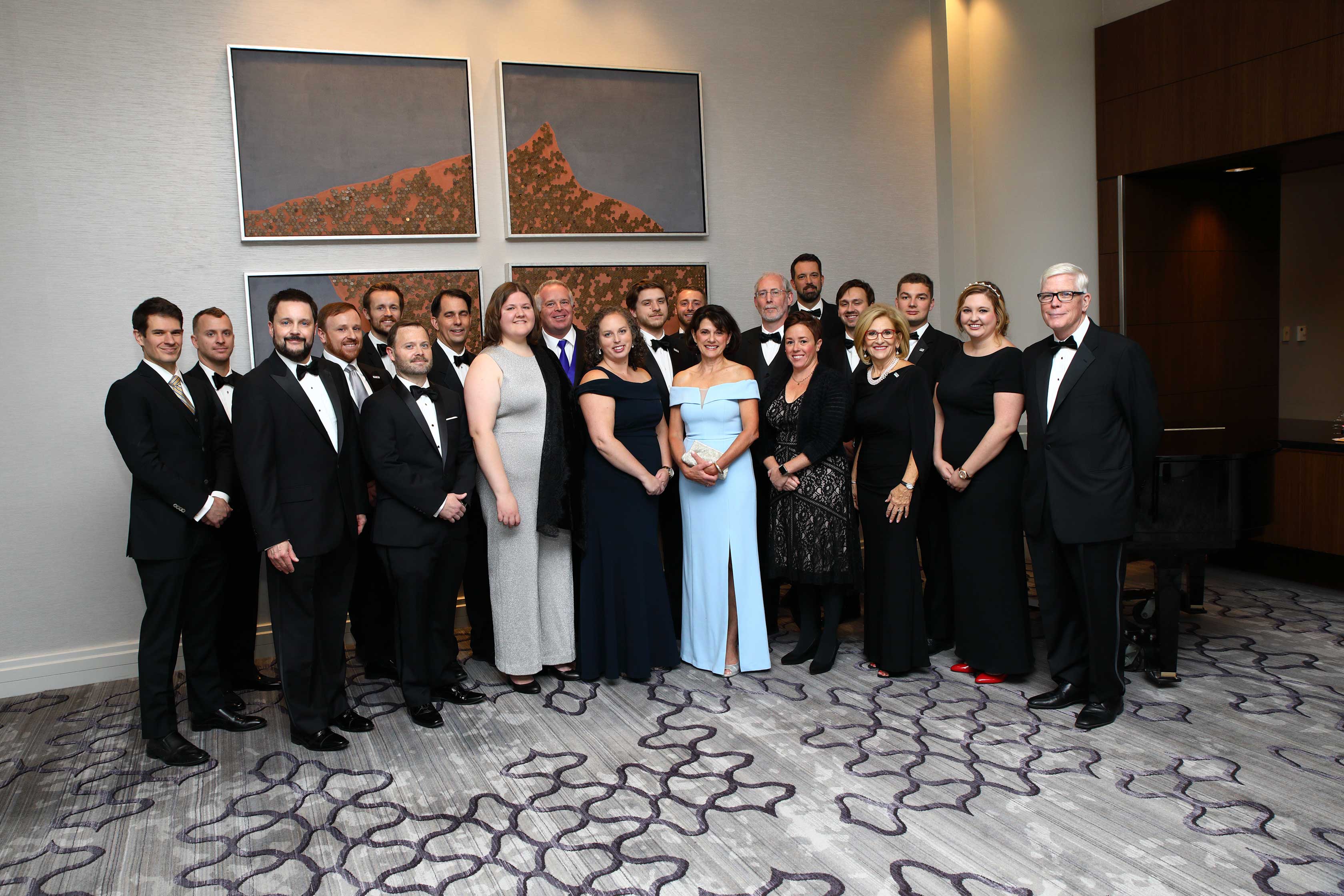 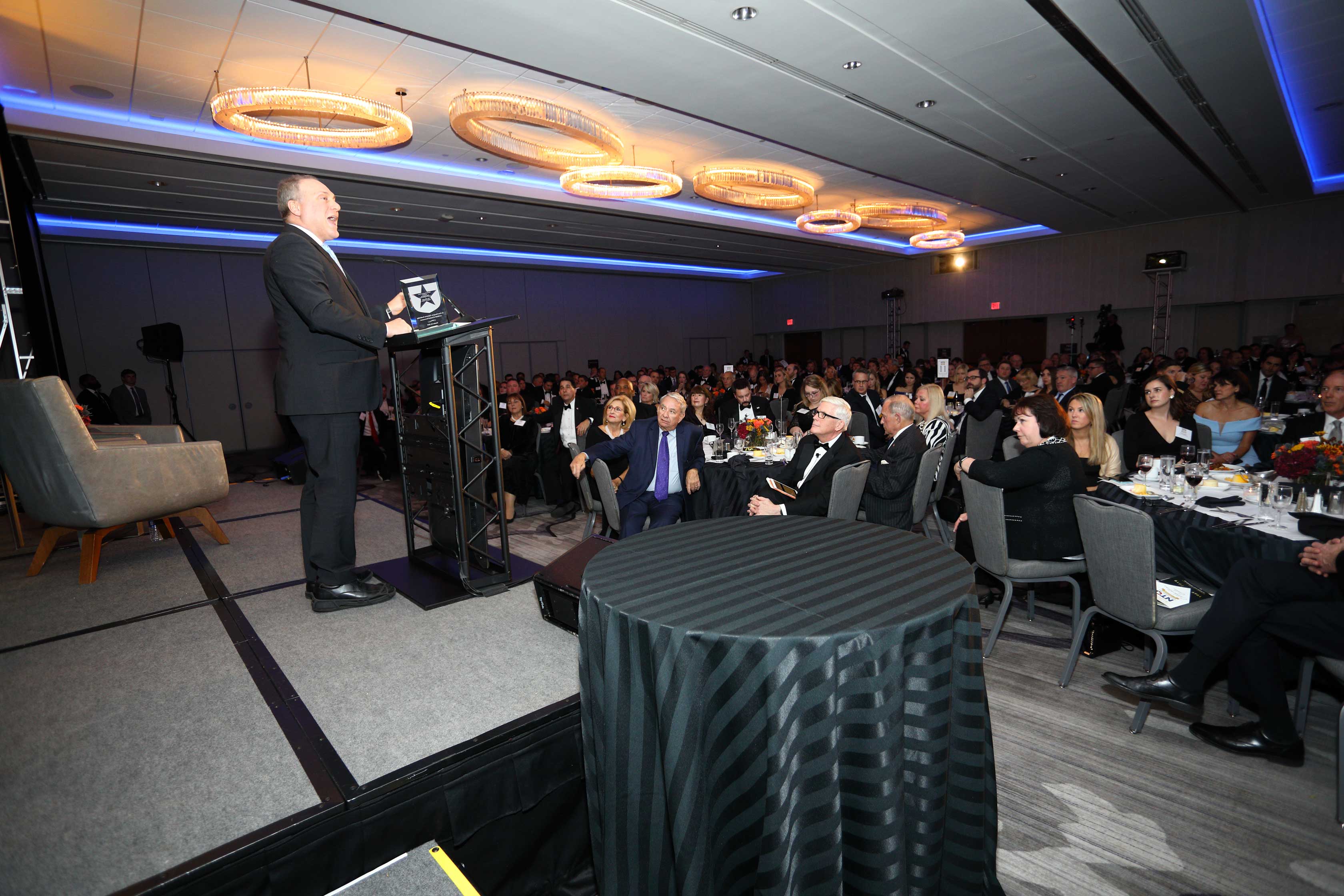 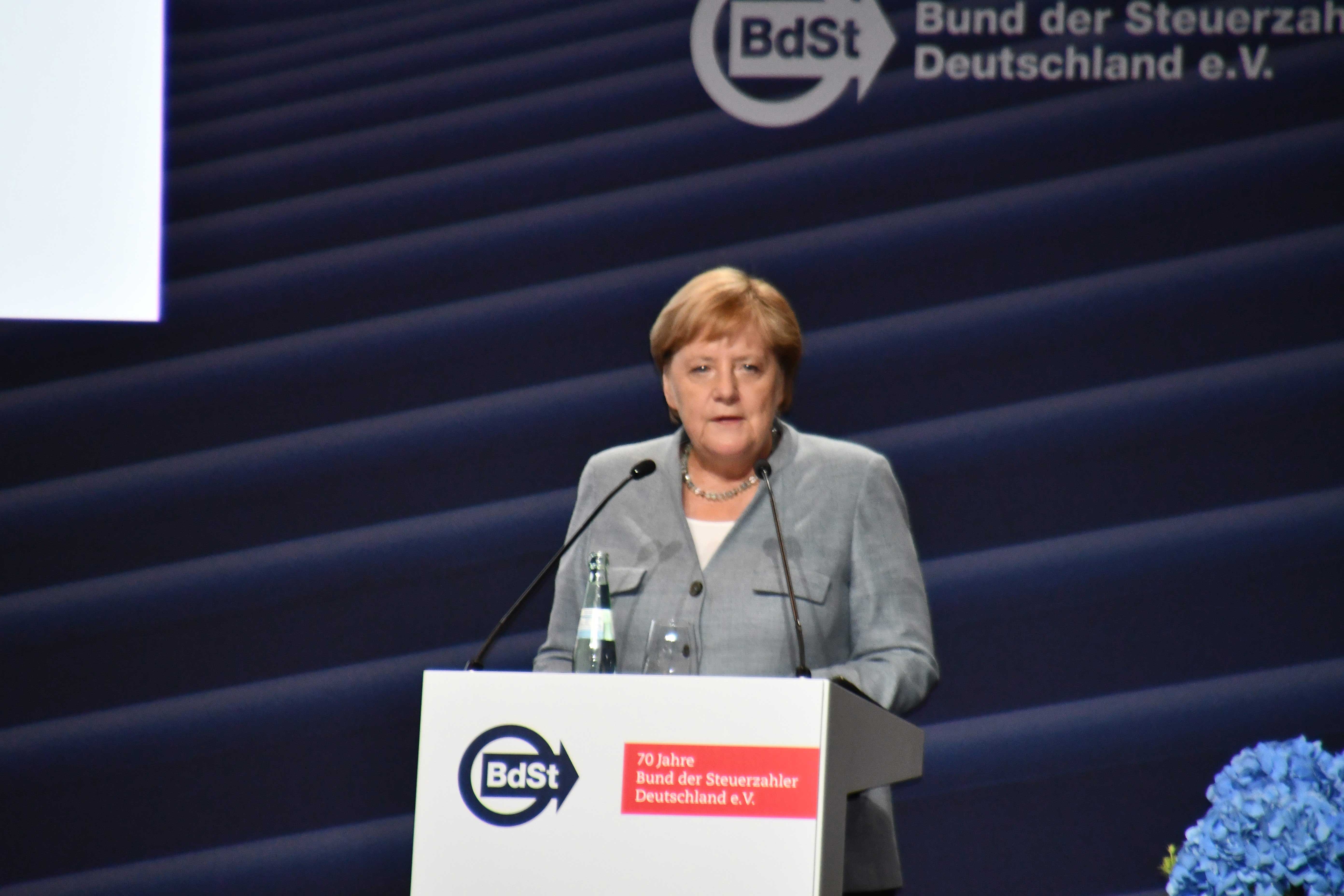 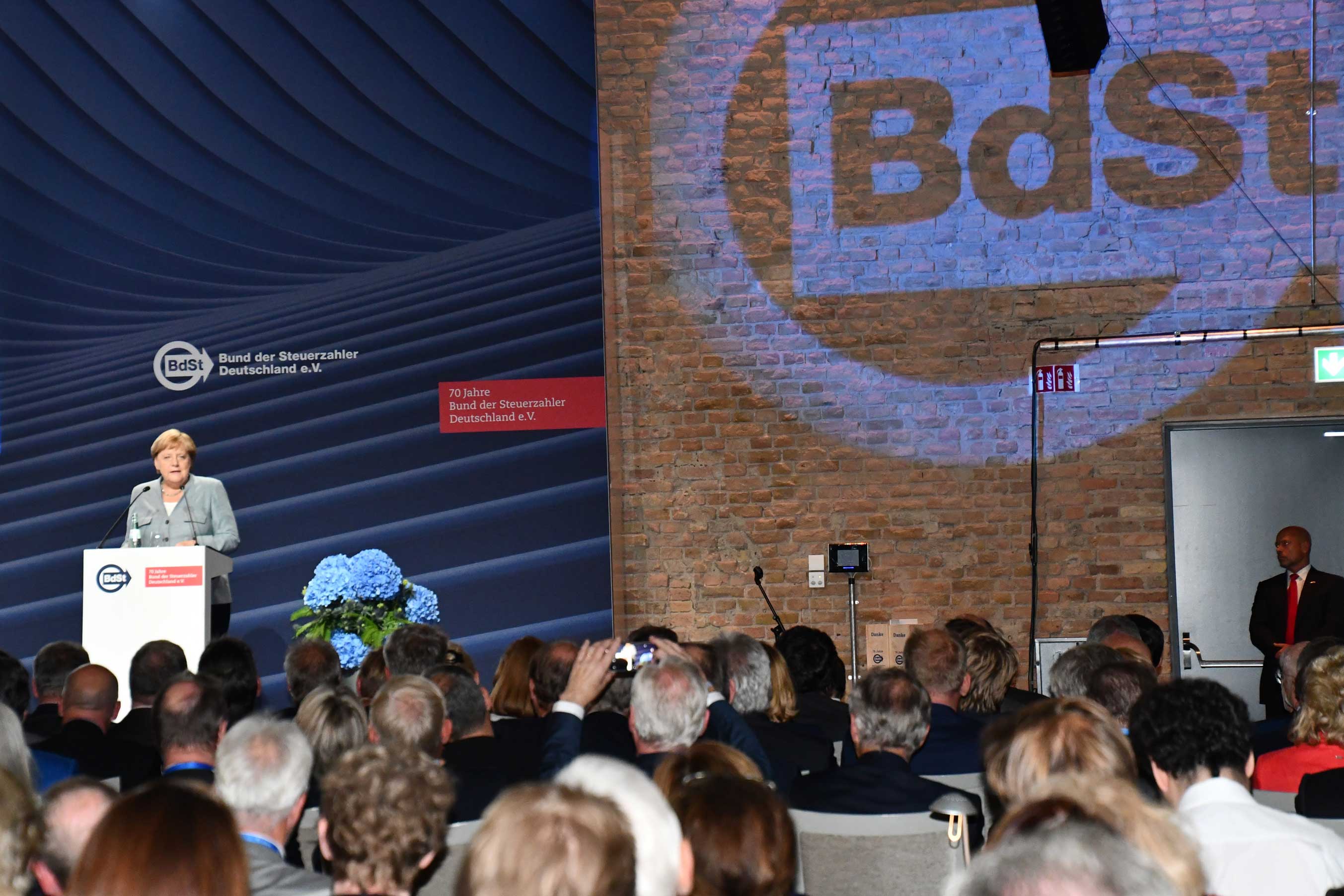 PERU: Taxpayers Forum in Peru
Save the date! On November 13th Asociación de Contribuyentes del Perú is celebrating their second Taxpayers Regional Forum in Peru. If you happen to be in Peru, put it on your agenda.
You can register here. 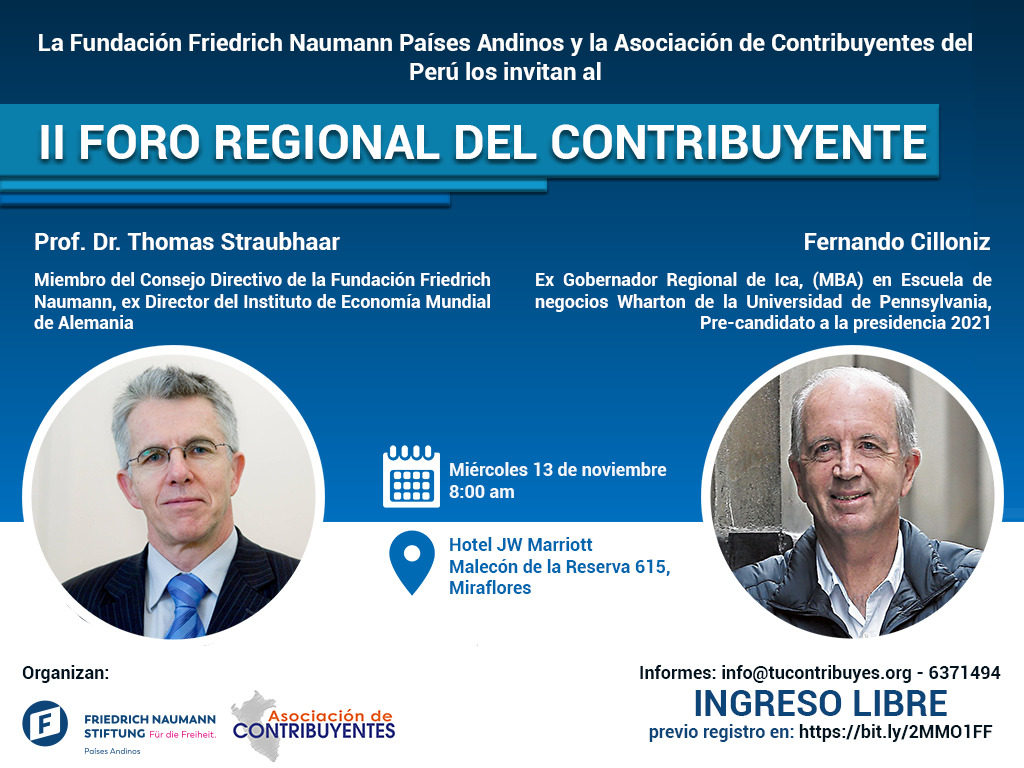 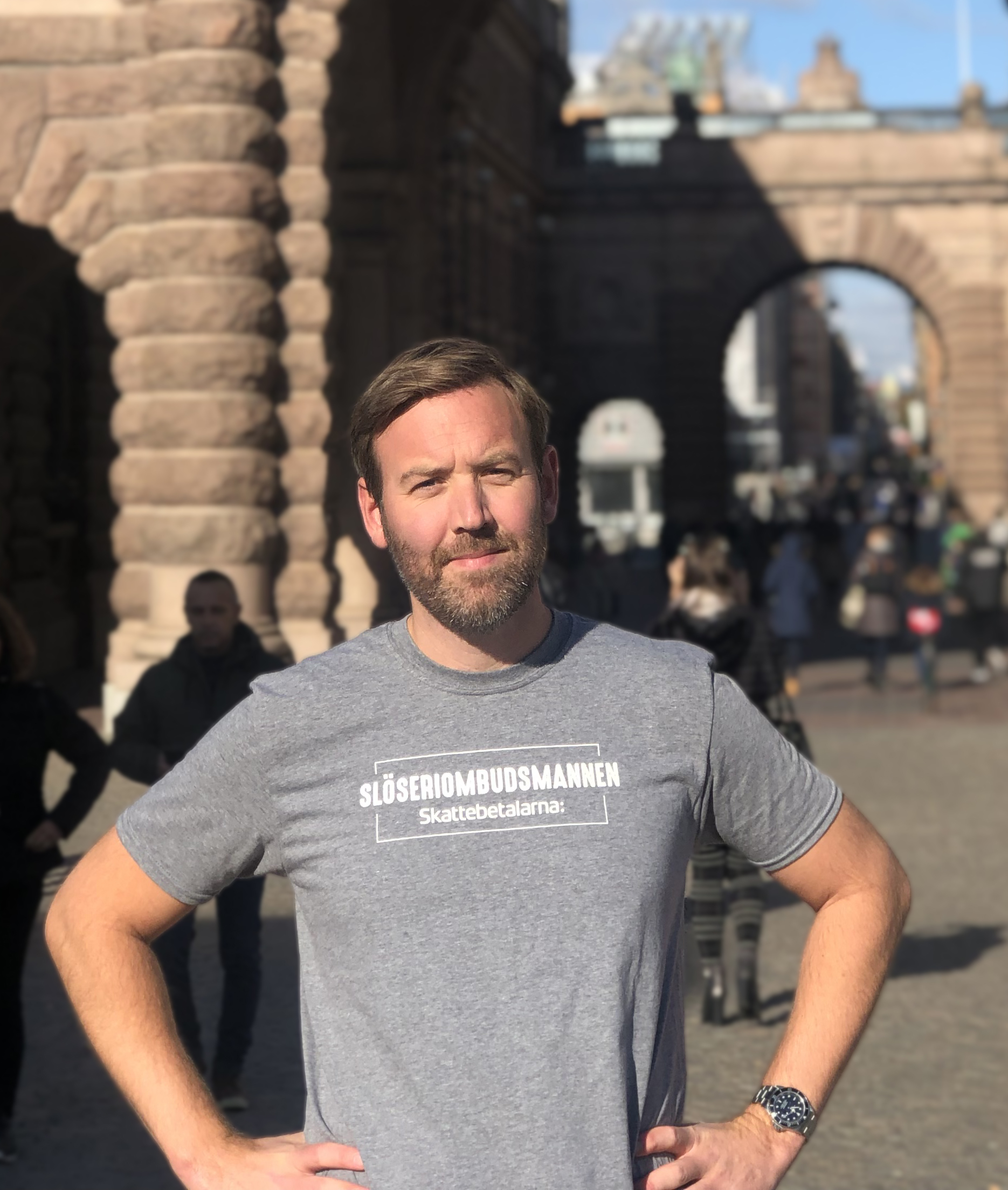 CZECH REPUBLIC: WTA Chairman addresses tax panel at Financial Time Business Regulation Forum
A Financial Times event gathered regulators, policy makers, academics and senior industry leaders in Prague to discuss the role, principles and impact of “better regulation”. After an address to the event by Andrej Babiš, Prime Minister of the Czech Republic, I took to the stage with:

We discussed excise taxes, and how a simpler tax system offers fewer opportunities for special interests to use the tax system as a way to target specific groups of people. Tax systems should be neutral, after all. 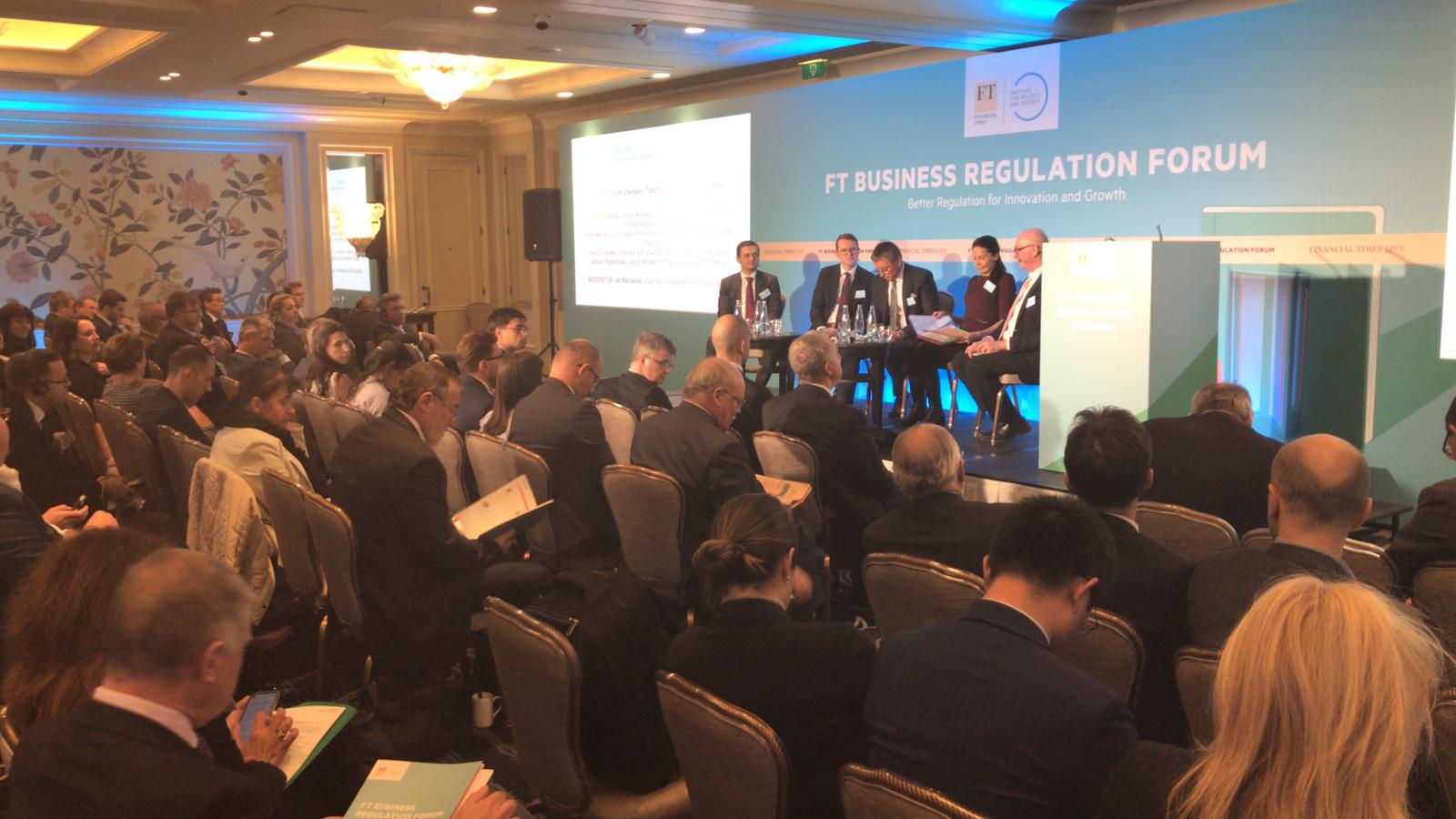 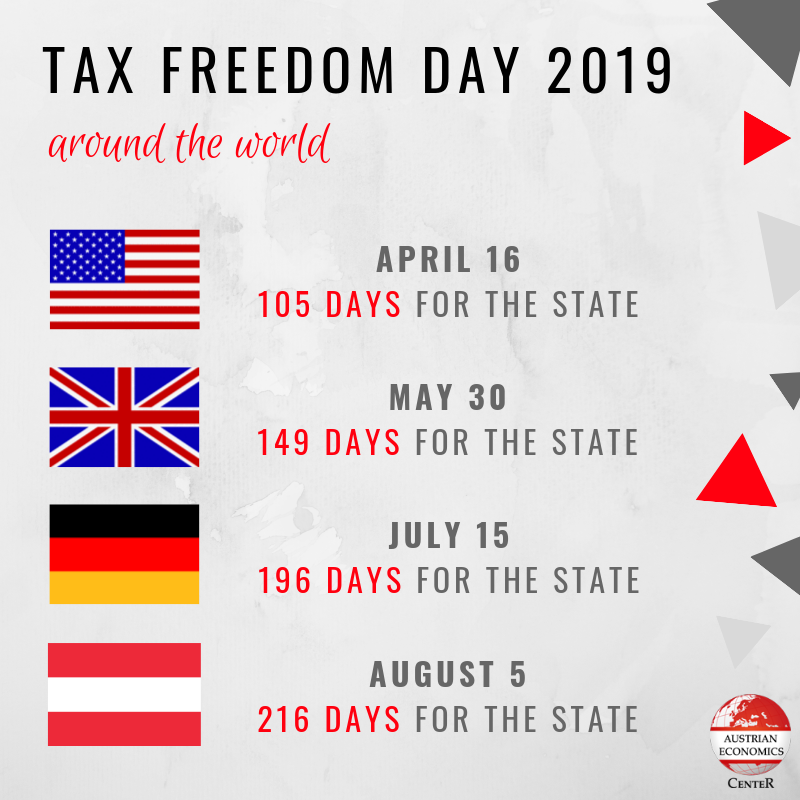 FRANCE: Tax Freedom Day was July 23rd
According to the calculations made by Contribuables Associés, the French taxpayers’ association, the ratio between public expenditure (State, local authorities, social security, European Union) and the wealth created in France (GDP) is 55.6% in 2019. That means public administration absorbs more than half of the wealth produced in France.
In 2019, the French will have worked for the state from 1 January to 22 July. It is only on July 23 only that they will finally be able to start working for themselves.
This symbolic date comes 8 days later this year than 10 years ago. Moreover, in 2019, France lagged behind the European average by 32 days.
Read the full report here.

Also, each year Contribuables Associés issues a ranking of MPs – this time a positive one, looking at those who have championed taxpayers. In this year’s edition, 10 MPs have been honoured for the positions they endorsed in favour of taxpayers. It’s great that constituents can get a clear idea of their deputies’ commitment to those who pay the bills.
Find out more about this initiative here. 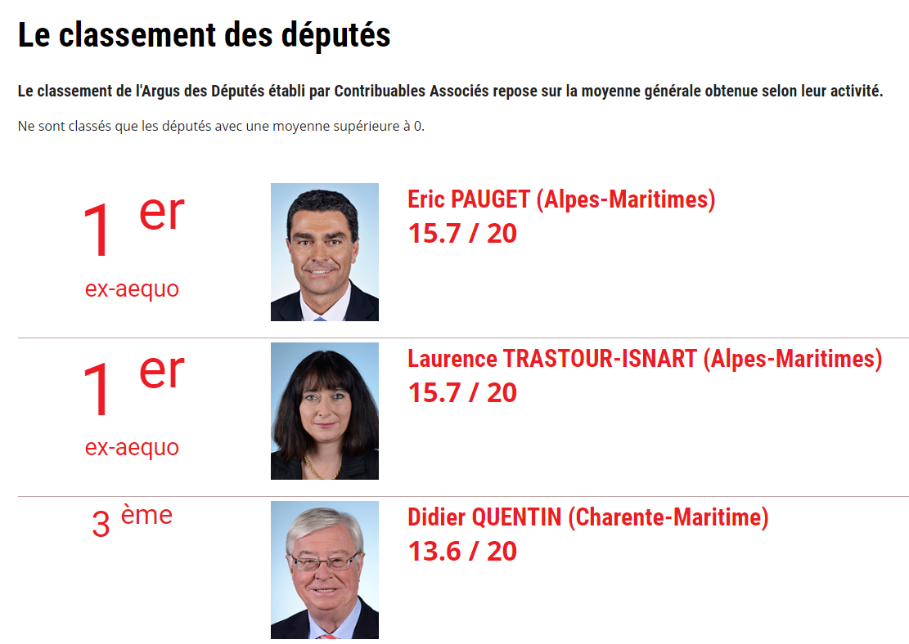 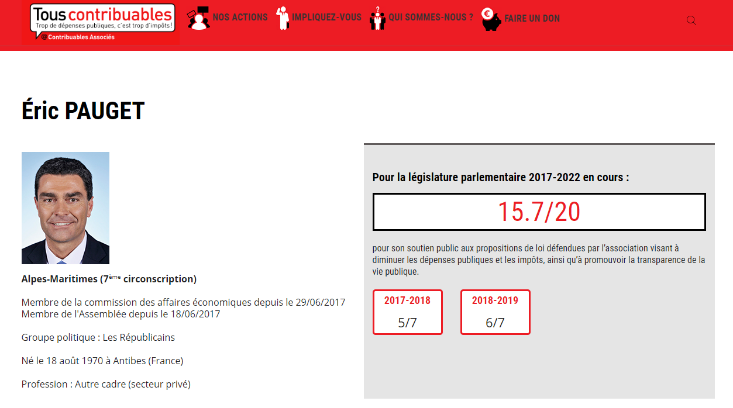 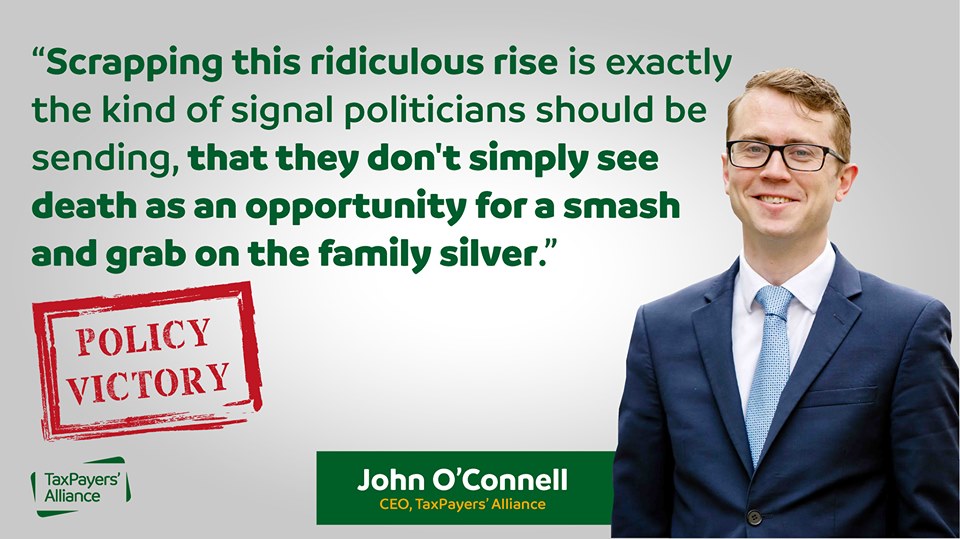 The TaxPayers’ Alliance also launched its latest report, The Bumper Book of Burdens on Business. The paper outlines the bureaucratic regulations and taxes such as VAT, business rates, fuel duty and corporation tax which are stifling innovation, productivity, growth and entrepreneurship.
You can read the report here. 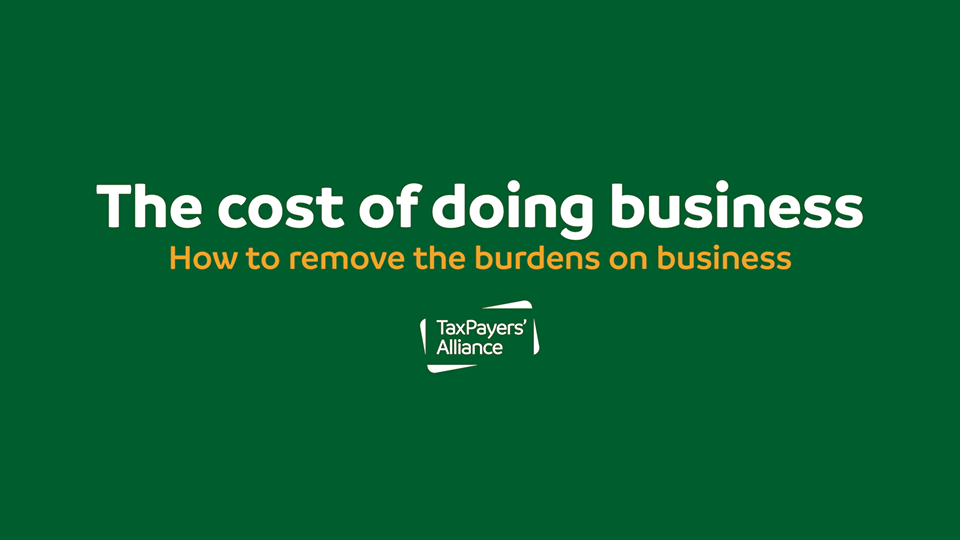 UNITED STATES: Tax Foundation Launches 2019 International Tax Competitiveness Index
On October 2nd, the Tax Foundation released the 2019 International Tax Competitiveness Index, which compares OECD countries on over 40 variables that measure how well each country’s tax system promotes sustainable economic growth and investment.
This new resource gives a comprehensive overview of how developed countries’ tax codes compare, explains why certain tax codes stand out as good or bad models for reform, and provides important insight into how to think about tax policy.
The best tax codes in the OECD:

The worst tax codes in the OECD:

In particular, the Index looks at a country’s corporate taxes, individual income taxes, consumption taxes, property taxes, and the treatment of profits earned overseas in terms of how they adhere to the important tax policy aspects of competitiveness and neutrality.
It’s important to note that the Index measures both the level of taxes and how taxes are structured.
A well-structured tax code is easy for taxpayers to comply with and can promote economic development while raising sufficient government revenue.
A poorly structured tax system can be costly, distort economic decision-making, and harm domestic economies. Many countries have recognized this and have reformed their tax codes. Compare your country’s tax system with this interactive tool.

Here you can find the Index translated into multiple languages (French, Italian, Greek, and German) and several shareable graphics for social media.
If you have any questions about the Index, don’t hesitate to contact Daniel Bunn, Director of Global Projects at the Tax Foundation. 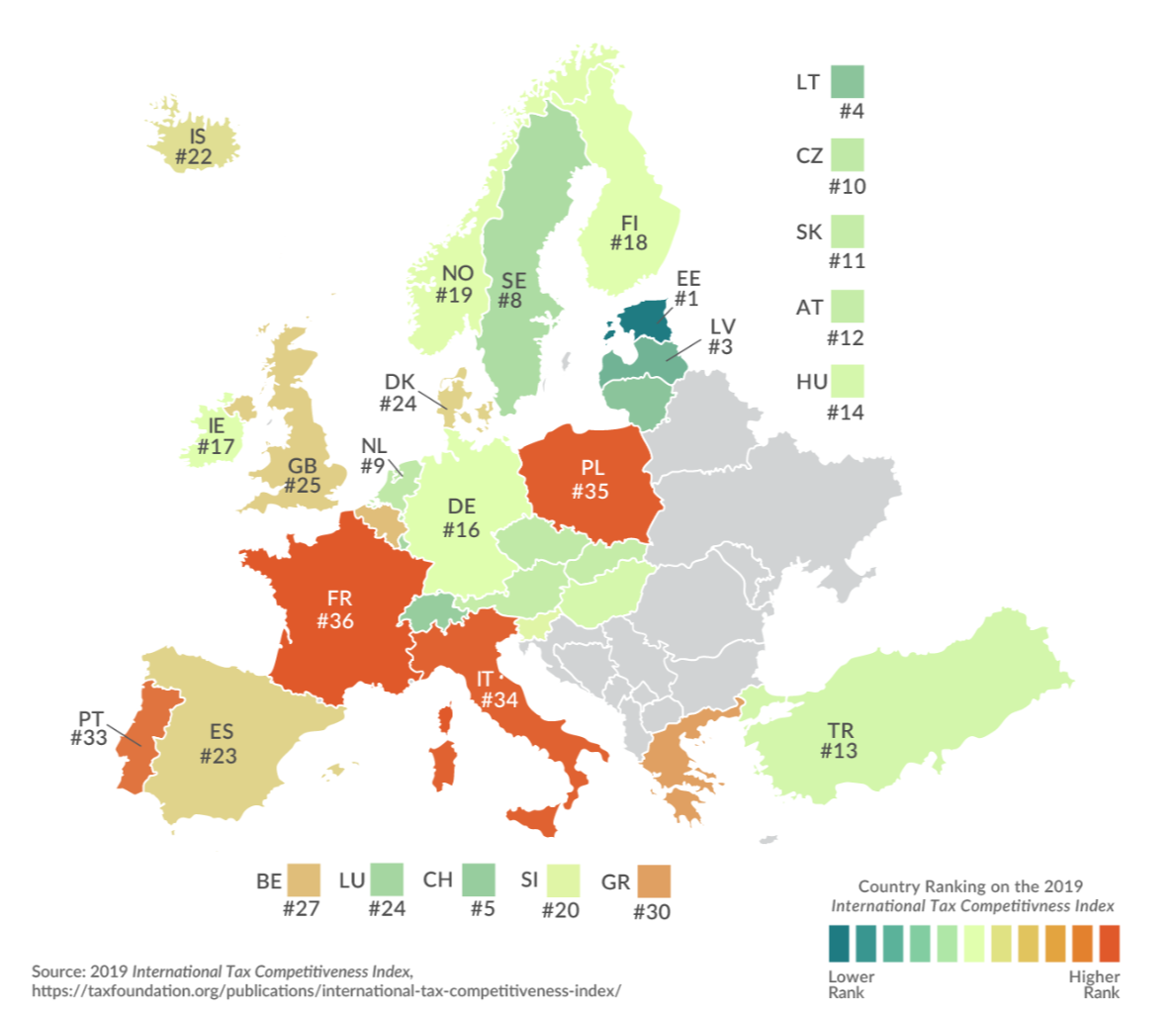 SLOVAKIA: Bureaucracy Index
The Institute of Economic and Social Studies (INESS) first introduced its Bureaucracy Index in Slovakia in 2016 to draw the attention to the amount of red tape a small entrepreneur has to overcome on a daily basis just to do business.
The index is based on a straightforward methodology, using an analysis of a model company (micro-company with 4 employees producing blacksmith products) and all its bureaucratic duties are assigned a specific time cost. Slovakia announced their national results on September 29th, the International Bureaucracy Day.
If you are interested to learn more about the Bureaucracy Index or join and prepare your own country calculations for 2020, visit bureaucracyindex.org/. 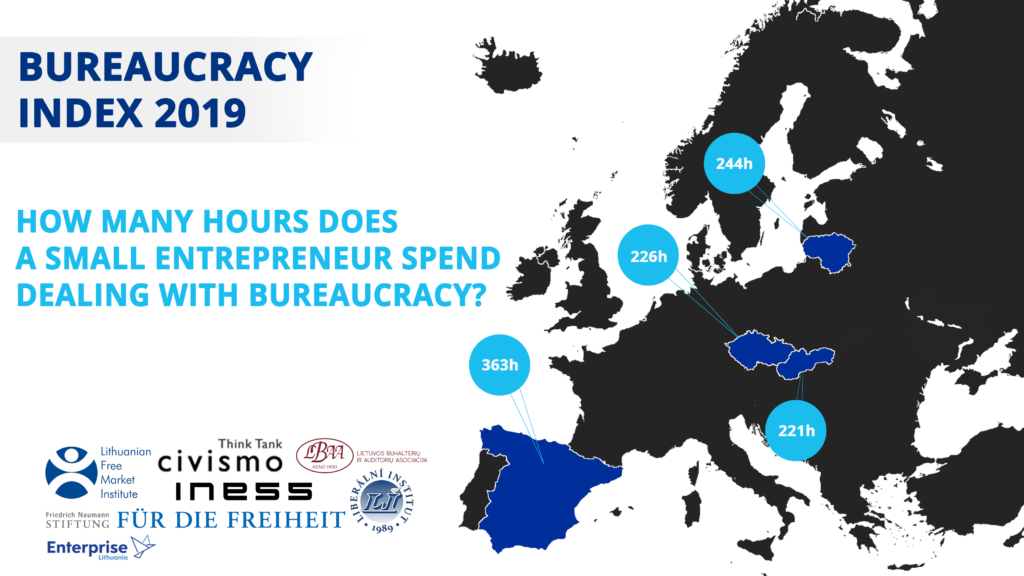 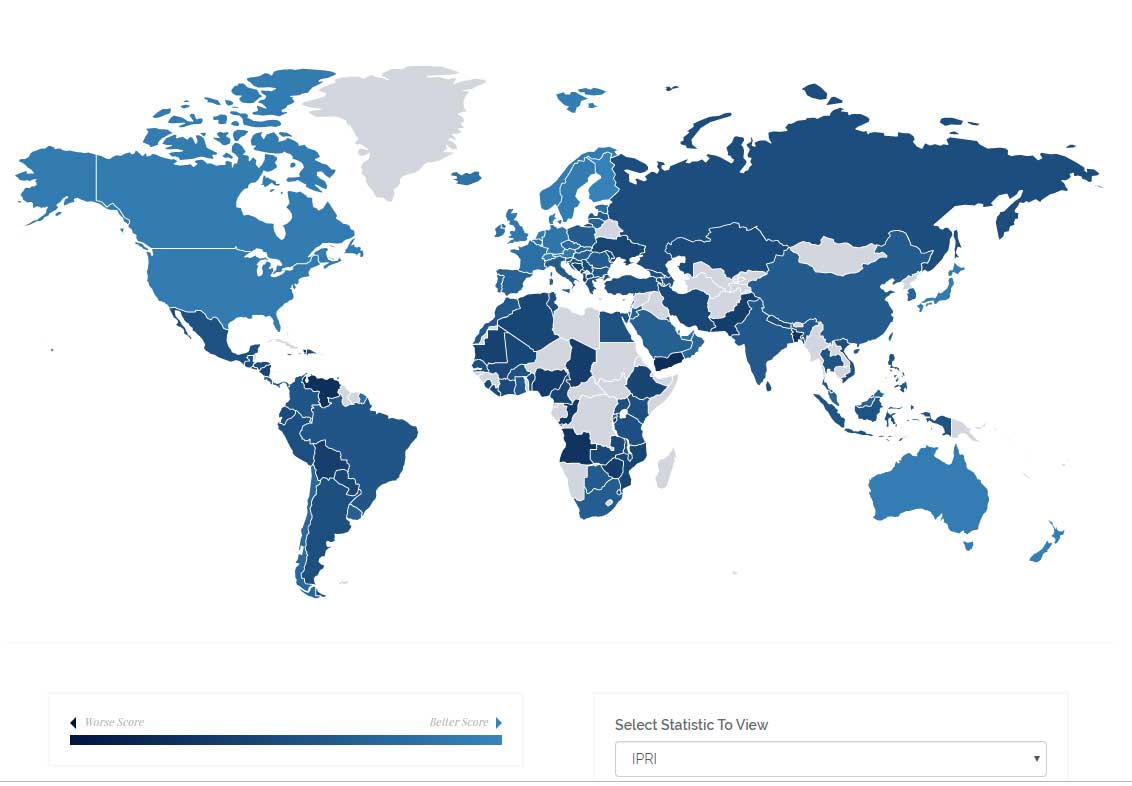 UNITED STATES: Tax Foundation Releases 17th State Business Tax Climate Index
The Tax Foundation released the 17th edition of its State Business Tax Climate Index. The State Business Tax Climate Index is a measure of how well states structure their tax systems.
To do that, the Index analyses more than 120 variables in the five major areas of taxation—corporate taxes, individual income taxes, sales taxes, property taxes, and unemployment insurance taxes.
The result is a powerful tool for understanding how your state’s tax code compares and the steps it can take to cultivate a more competitive tax climate.
The evidence shows that states with the best tax systems will be the most competitive at attracting new businesses and most effective at generating economic and employment growth. 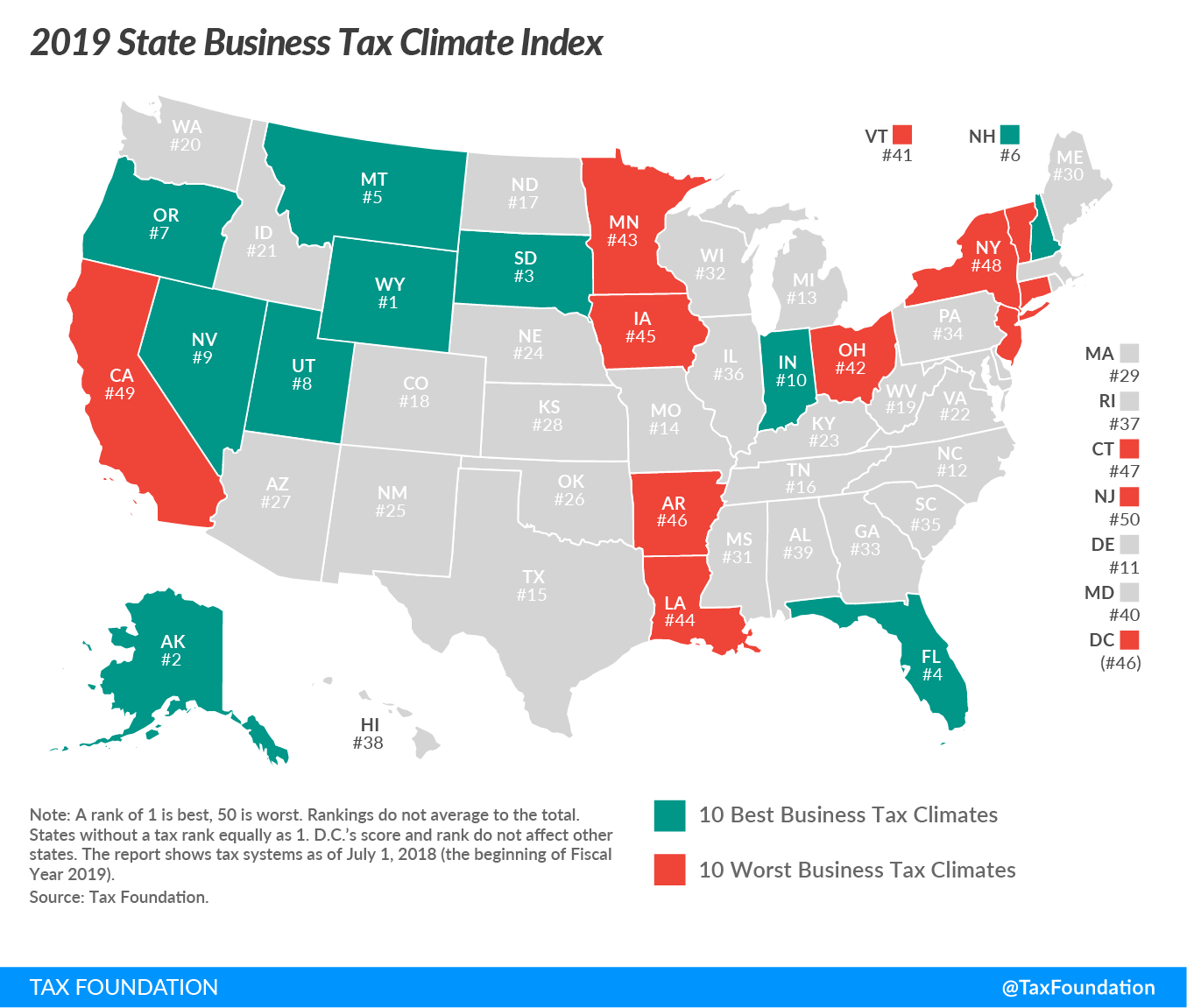 SPAIN: Regional Tax Competitiveness Index
In October 2019, the Spanish Taxpayers Union (Unión de Contribuyentes) launched the third edition of its Regional Tax Competitiveness Index. This report, inspired by the Tax Foundation’s State Business Tax Climate Index, measures and ranks all 19 tax authorities on their performance to reduce and simplify taxes in order to attract companies, residents and employees.
The report can be downloaded in Spanish here. 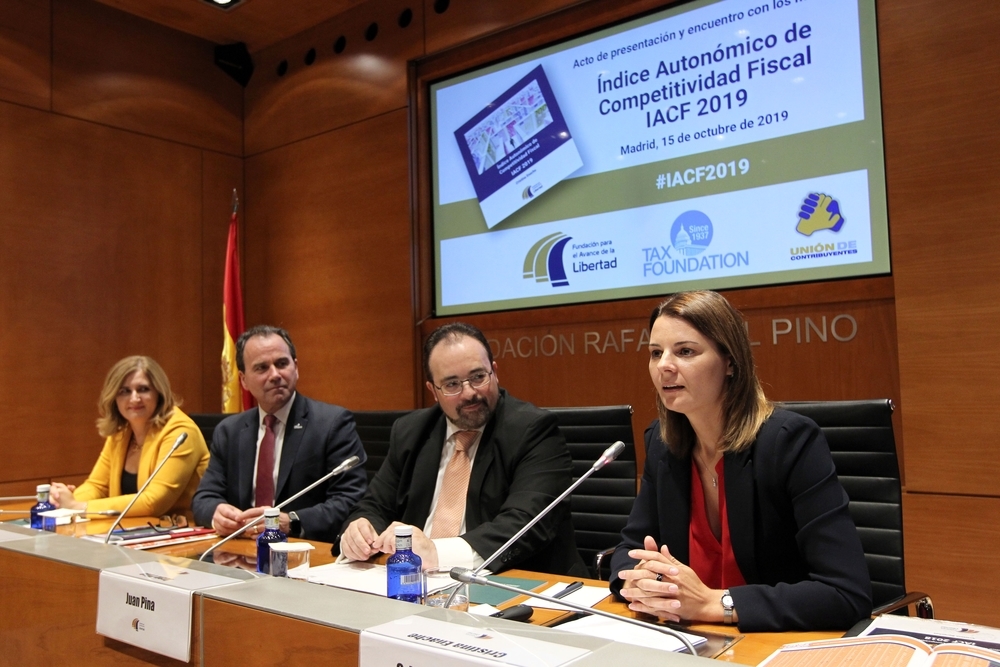