Since then, countries have realized the negative impact corporate taxes have on business investment. Now, in 2018, the average corporate tax rate is 26.47 percent, and 23.03 when weighted by GDP.

The average top corporate rate among EU countries is 21.68 percent, 23.69 percent in OECD countries, and 63 percent in the G7.

The worldwide average statutory corporate tax rate has consistently decreased since 1980, with the largest decline occurring in the early 2000s. 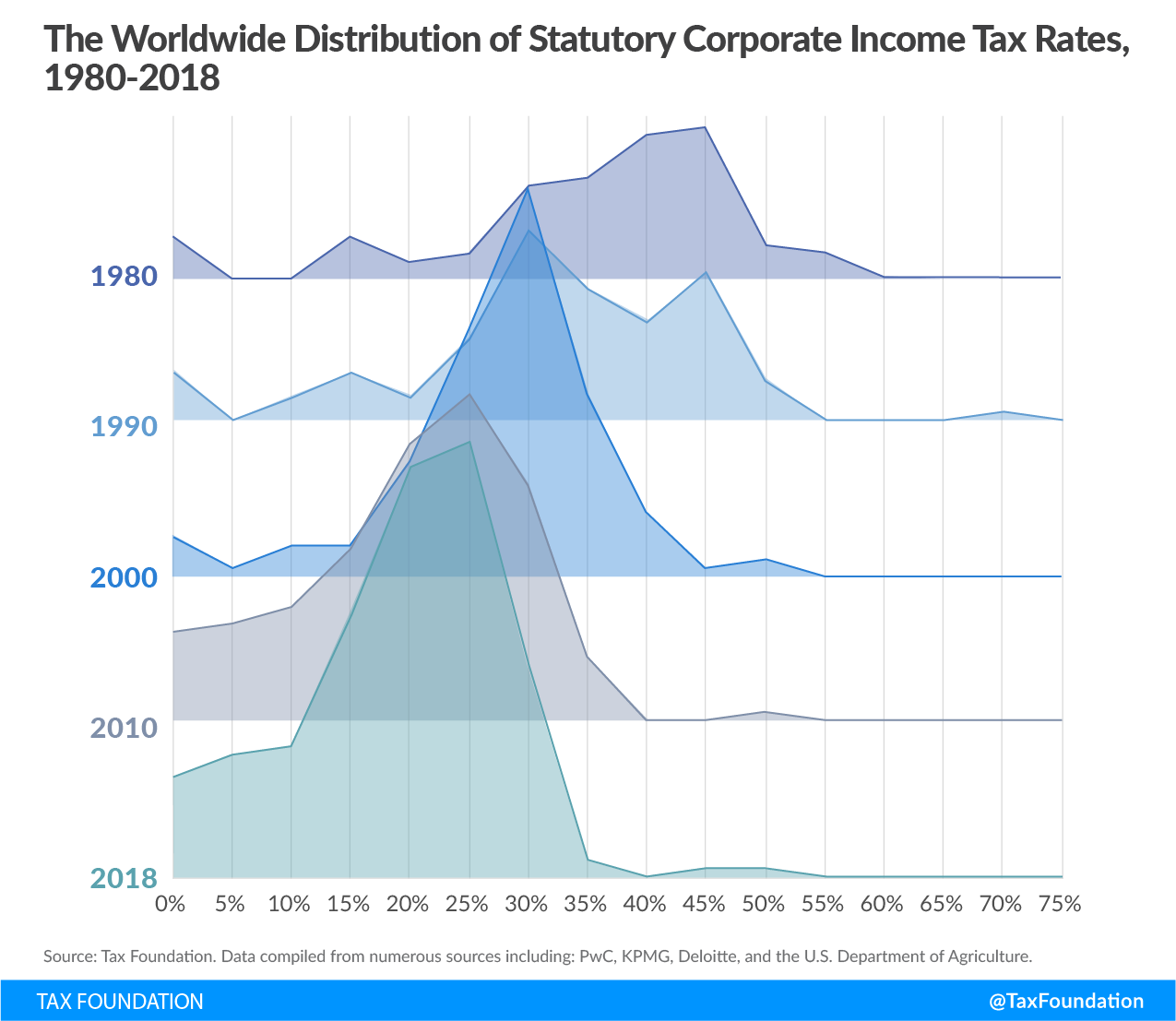 Declines have been seen in every major region of the world including in the largest economies.

The recent tax reform in the United States brought the statutory corporate income tax rate from among the highest in the world closer to the middle of the distribution. 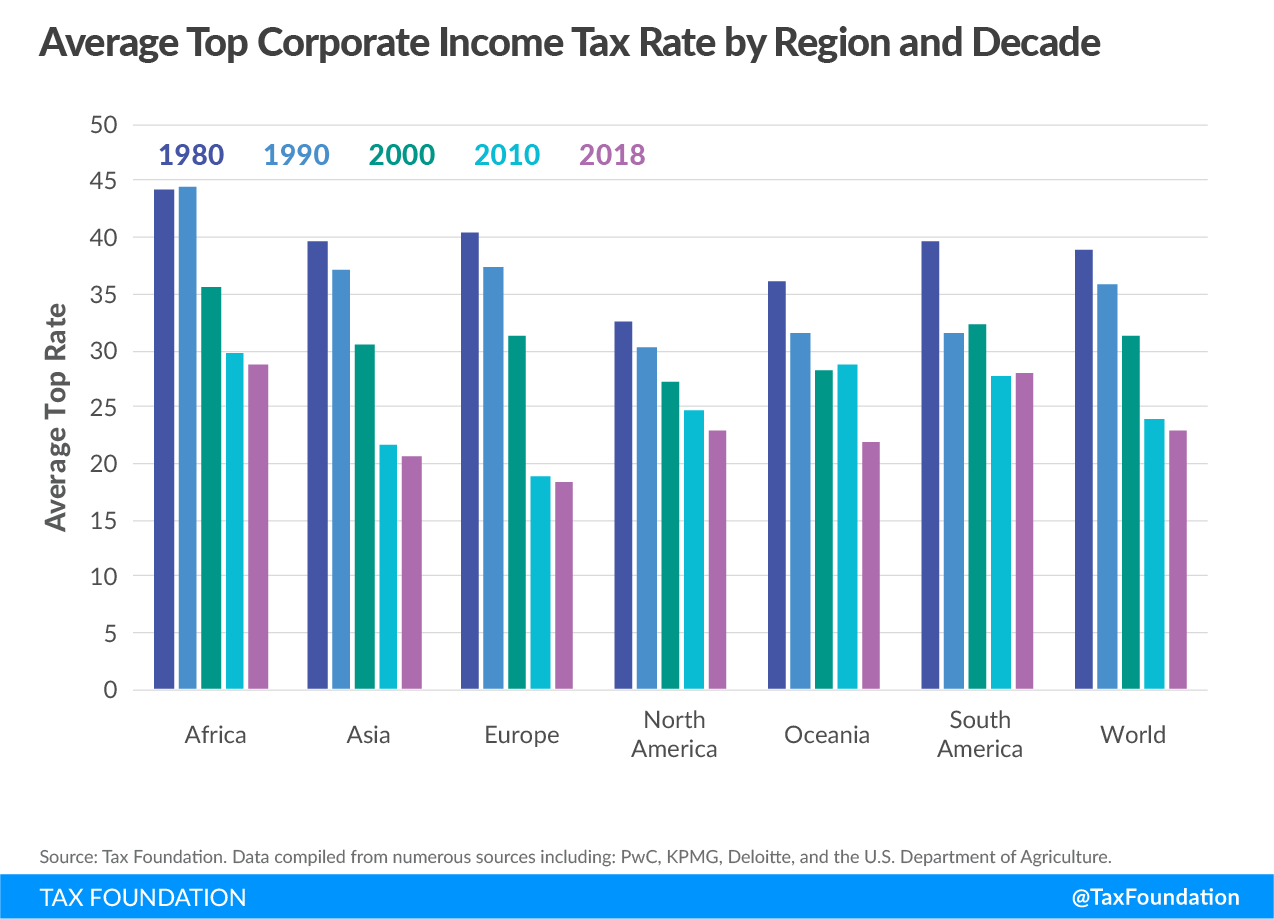